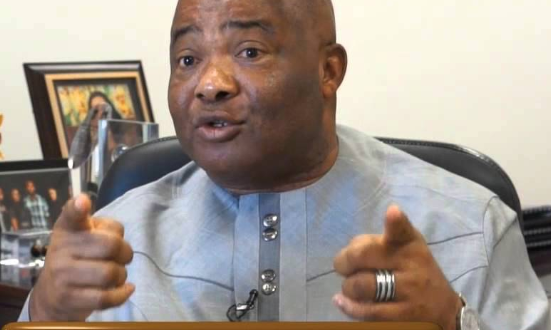 The traditional ruler of Atta community, Njaba Local Government Area of Imo State, Edwin Azike, who was kidnapped last Thursday has been murdered by his assailants.

The body of the late monarch was found at the market square Saturday morning, a development that was confirmed to journalists by Imo State’s Police Public Relations Officer, Michael Abattam.

He said the murder was being investigated and that those responsible would be found and dealt with according to the law of the land.

Traditional rulers in Imo State have described the spate of kidnap and murder among their ranks as worrisome and have pleaded for government’s protection.

The murder of HRH Azike is coming barely 24 hours after a traditional ruler in a community in Aboh Mbaise Local Government Area of the state, Damian Nwaigwe, was kidnapped, and has not been released as at press time yesterday.

Three traditional rulers were killed in October, this year, when gunmen invaded Nnenasa community in Njaba Local Government Area of the state. The monarchs were among others said to be holding a meeting when the gunmen struck.

Charles Igbinidu is a Public Relations practitioner in Lagos, Nigeria
@https://twitter.com/ionigeria
Previous Bandits Kill ECWA Church Pastor, after collecting ransom
Next At least 70 people killed in ‘one of the largest tornado outbreaks in US history’