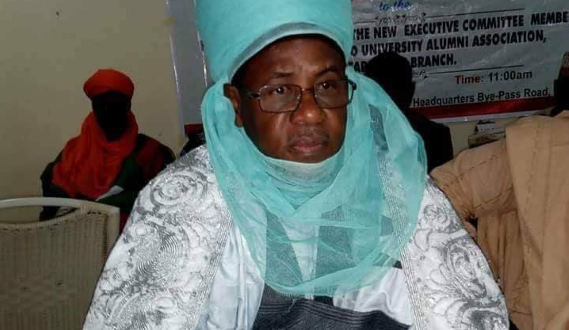 The Emir of Bungudu in Zamfara State, Alhaji Hassan Attahiru, has regained freedom.

The emir was kidnapped when bandits attacked his motorcade along Kaduna-Abuja Highway on September 14.

A security source, who did not want to be named, said the monarch was released this evening in Kaduna State.

In a Facebook post, he wrote, “On behalf of the family and Bungudu Emirate, we wish to thank everyone for the prayers and support during this trying time.

“We appreciate all the efforts of Kaduna State Government throughout this challenging period. Our immense gratitude to the Zamfara State Government in playing a key role to see our father returned home safely.”

“We salute the Nigerian Police Force (NPF) and Miyetti Allah Cattle Breeders Association of Nigeria (MACBAN) for the support in facilitating the release of the Emir.

“We wish to plead with the public to respect the privacy of the Emir in the coming weeks as he receives medical attention and post-trauma management.”

Daily Trust had last week reported that about N20 million was paid as ransom to his abductors who, however, refused to release him, asking for additional money.

Charles Igbinidu is a Public Relations practitioner in Lagos, Nigeria
@https://twitter.com/ionigeria
Previous  ‘It is time to ask the question: Is Man Utd boss Ole Gunnar Solskjaer up to the job?’
Next Up to 17 US missionaries and family members kidnapped in Haiti – reports