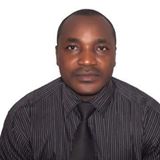 A senior strategist with Dangote Industries Limited, Istifanus Bello Gurama, who was reportedly kidnapped three weeks ago, has been murdered.

Reliable sources say Gurama’s body was found in the gutter, adding that one of the kidnappers must have alerted a member of the public to where the body was.

Gurama was believed to have been kidnapped three weeks ago but news of his murder got to his family members (today) Monday.

Sources close to him told our correspondent that as a senior strategist, Gurama was in charge of negotiations and handing ransom payment to kidnappers whenever any of the expatriates in Dangote Industries was kidnapped.

The day Gurama was allegedly kidnapped, he was said to have gone, as usual, to negotiate and pay ransom money for the release of one of the expatriates. However, on getting there, the kidnappers reportedly said he was the one they were after and he was subsequently detained.

A close friend who refused to be named said Gurama showed him some of the videos of his negotiations with kidnappers.

During a visit to her on Monday, Gurama‘s wife of 20 years, Amina, was inconsolable.

She lamented, “Gurama was a lovely person, if he is not in the house one day, the children will be asking after him endlessly.

“Now, I do not know what to tell the children because he is always chatting with them on social media and phone and for three weeks since his disappearance, they have been wondering where he was because all his activities on social media ceased and the children have observed that it is quite unlike him.”

A key source in the Dangote Industries who confirmed the kidnap however reacted to the news of Gurama’s murder with surprise.

When contacted, the Head, Media of the firm, Mr. Tony Chiejina who said Gurama was very close to him, also reacted with surprise to the news of his death.

He informed our correspondent that he will make some calls and get back to her.

But he has yet to do that as at the time of going to the press.