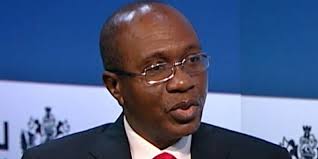 The Inspector-General of Police, Ibrahim Idris, has deployed helicopters along the Benin-Agbor Road in search of the kidnapped wife of Governor, Central Bank of Nigeria, CBN, Godwin Emefiele.

Idris, it was gathered, had also flooded the area with hundreds of police operatives and sniffer dogs in a move to put pressure on the kidnappers.

A senior police officer said, “We received information on Thursday that the CBN governor’s wife was abducted alongside three women and a male driver. They were on their way to Agbor, Delta State, where she hails from.

“We have deployed policemen, helicopters and sniffer dogs and we will arrest the suspects very soon.”

Gunmen had on Thursday abducted Margaret along with four others and demanded N100m as ransom.

The kidnappers were said to have made the demand after taking their victims to an unknown location.

A senior police officer revealed that Margaret was abducted alongside three women and a male driver. He said they were abducted along the Benin-Agbor Road on Thursday.

Police sources said the abductors did not know her identity, adding that they simply stumbled on her and whisked her away.

The IG Special Intelligence Monitoring Team, headed by Abba Kyari, has commenced investigation into the incident.

Kyari was the officer who arrested the suspects responsible for the abduction of Prof. Kamene Okonjo, the mother of ex-Finance Minister, Ngozi Okonjo-Iweala, in 2012.

Findings indicate that there were fears that the gang may increase their demand if they got to know the identity of their hostage. “We actually wanted to keep the incident under wraps until the woman has been rescued, because the exposure of the victim’s identity may complicate the case; this is our fear,” a source said.

The police spokesman, Donald Awunah, could not be reached for comments as calls to his mobile telephone failed to connect. He had yet to respond to an SMS as of the time of filing this report.