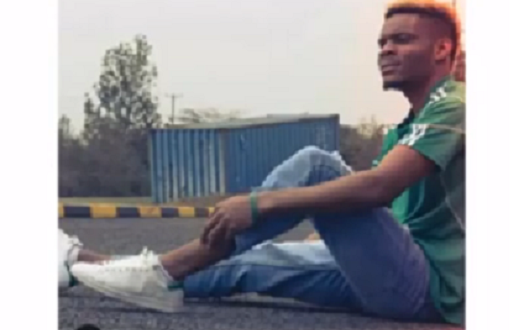 A Nigerian student identified as Emmauel Nwoye, is in critical condition at the Aga Khan University Hospital, Nairobi after being harassed by cops and run over by their car.
According to reports, when other students tried to get justice, two other cops who came for Nwoye who is a student of the United States International University – Africa, USIU-Africa, threatened to shoot them.

It was gathered that trouble started after Nwoye, who was playing pool right outside one of the hostels, was approached by the police, for his identification and when he in turn asked for the police mans badge, the cop slapped him, broke his phone then ran him over.

The students are now demanding for justice.