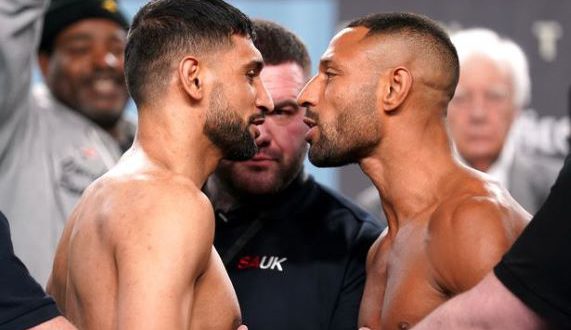 Kell Brook has stopped Amir Khan in the sixth round to settle their rivalry in a spectacular all-British encounter in Manchester.

The two former world champions have been on a collision course for much of their respective careers, but have always failed to agree terms for a fight – until now.

After weeks of fractious build-up, Brook finally settled the rivalry with a sixth round stoppage after throwing a huge barrage of punches in the sixth.

The referee saw no option but to step in and end the fight to prevent Khan from taking further punishment.

Brook and Khan have now finally settled their rivalry with the Sheffield star prevailing in the battle for the ‘King of the North’.