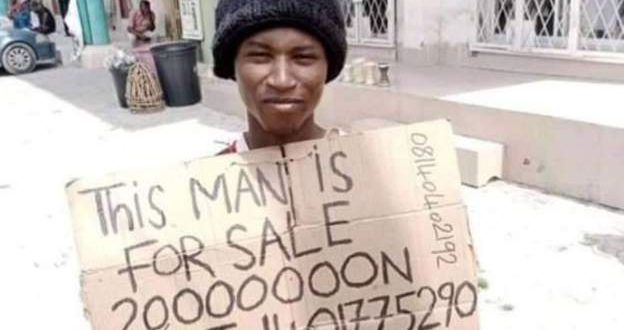 Kano Man who put himself up for sale arrested

“Yes we arrested him on Tuesday and he spent the night with us, what he did is forbidden in Islam, you can’t try to sell yourself no matter your condition or situation.”

The arrested tailor, who had been speaking to local journalists before his arrest, said he was in a huge financial mess, hence his decision to put a 20 million naira ($49,000; £35,000) price tag on his person promising to wholeheartedly serve his buyer.

Charles Igbinidu is a Public Relations practitioner in Lagos, Nigeria
@https://twitter.com/ionigeria
Previous Manchester United will be forced to pay Ole Gunnar Solskjaer £7.5m severance package if sacked now as part of his contract
Next Delegation led by Oba’s younger brother, Prince Aghatise Erediauwa to receive Benin Bronze from the University of Aberdeen today