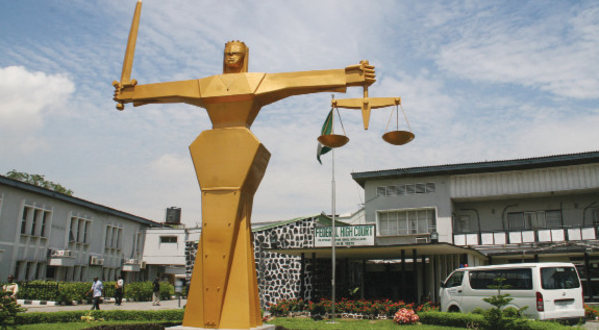 A Kano State High Court has on Wednesday ordered that a woman, identified as Saratu Ya’u be taken to the psychiatric hospital to undergo a test for allegedly slaughtering her 5-year-old son, Buhari Abubakar.

It was gathered that Saratu Ya’u, a 27-year-old woman committed the offence on June 12, 2018, at Sabon Birni Village in Gwarzo Local Government Area of Kano State.

The Presiding Judge, Ibrahim Karaye, however, adjourned the case until October 8, for a medical report from the test.

Sorondinki alleged that Saratu Ya’u had sometimes on June 12, 2018, and at about 8:25 a.m slaughtered her 5-year-old son with a sharp knife leading to his (Buhari Abubakar’s) death.

Sorondinki further approached the court with an application according to section 280 subsection 1,2,3, and 4 of criminal justice law 2019 urging the court to send the defendant to a psychiatric hospital for medical evaluation.

The defendant, however, pleaded guilty to the charge. Meanwhile, the Presiding Judge, Karaye ordered that Saratu Ya’u (defendant) be taken to the psychiatric hospital to undergo test and the medical report be brought before the court the next adjourned date.

Charles Igbinidu is a Public Relations practitioner in Lagos, Nigeria
@https://twitter.com/ionigeria
Previous Woman, 81, returns to life after spending the night in a morgue after doctors declared her dead
Next Oil Theft: Army Pledges Support for EFCC