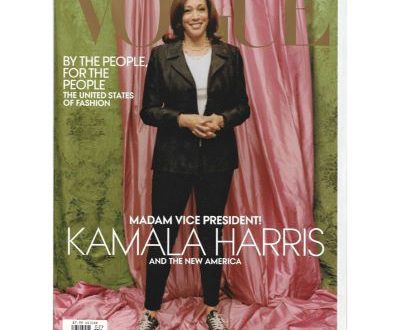 The forthcoming February of Vogue magazine is featuring United States Vice-President-elect Kamala Harris in its cover but the photograph used is receiving intense upbraid from many social media users.

While some admirers of of Vice President elect describe the photograph as disrespectful, others say it is plain bad, some others see it as racist.

Some went as far as asking for the resignation of the Editor-in-Chief of the magazine.

Vogue knows Kamala Harris loves her sorority, suits, comfortable pants and chuck taylors. So they just jumbled it all together for the cover. Except they couldn't decide whether she is going to a luxe French salon, the Senate floor, or taking a jog. pic.twitter.com/FDNBbcw8tR

Those of y’all trying to pretend the cover looks good. This is not the cover Harris’ team and Wintour agreed on. That cover had her in a powder blue suit

So my father, grandfather and great-grandfather were photographers. I grew up in my grandfather's dark room. The Vogue cover is horribly lit, the backdrop lazy and in a color meant to wash out Kamala Harris's beautiful skin tone. The VP-elect is a gorgeous woman: TIME and ELLE pic.twitter.com/c3ync0a3Qy

Professional photographer here. Victoria is correct about the Vogue cover of Kamala Harris. It’s terrible. It’s completely awful. Fire that photographer and the photo editor who signed off on that mess. There are lots of better people looking for work.

Kamala Harris is about as light skinned as women of color come and Vogue still fvcked up her lighting. WTF is this washed out mess of a cover? pic.twitter.com/5O2q0axA0G

Not everybody was however angry

I’m not up on fashion editors, but I was delighted to see her looking like a regular beautiful human being wearing shoes that don’t cripple feet.

I’m not up on fashion editors, but I was delighted to see her looking like a regular beautiful human being wearing shoes that don’t cripple feet.

@voguemagazine this is our Generation! @KamalaHarris I had a pair of @Converse in middle school! #1984 now this is the #BRAND #GENZ WANTS! My daughter WANT's #CONVERSE I wear leggings with a jacket like that because I'M COMFORTABLE!
Bravo #vogue it sets a example #reality #2021 pic.twitter.com/MJZ542m0wQ

The cover was not the one Harris’ team expected to be used, according to a source familiar with the publication, New York magazine contributor Yashar Ali tweeted.

He said it meant someone changed the cover without informing Harris’ team. 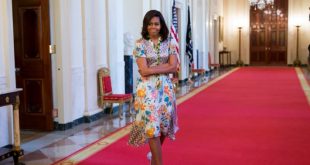