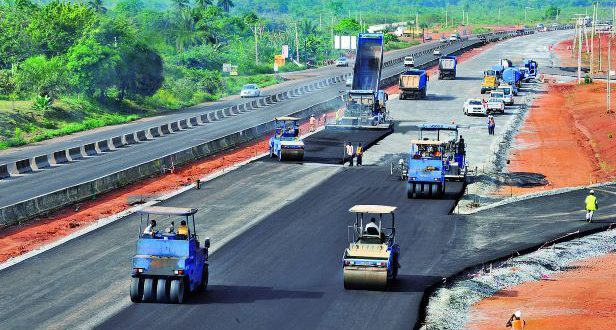 Construction company, Julius Berger Nigeria PLC, has announced a major road diversion on Lagos–Shagamu Expressway to allow for detailed work on sections of the project.

The Eldorado diversion will take place in two phases.

In addition, beginning from August 9, 2021, through to November 9, 2021, Phase 2 of the diversion will be implemented for the installation of deck slabs, parapets and hand railings on both sides of the Eldorado Flyover.

Also, effective from July 30, 2021, Lagos bound traffic will be diverted to the Ibadan bound carriageway, from a section before Lotto Junction, CH 24+800 to a section at Deeper Life Conference Centre, CH 23+800, with two lanes each in opposite direction using temporary median dividers.

It said the purpose of the diversion is to allow for the safe installation of cross beams, bridge deck slabs and parapets on the ongoing bridge works on the Ibadan bound carriageway, which will last for 12 weeks.

According to the Head of Media Relations Office of Julius Berger Nigeria Plc, Prince Moses Duku, the LSE Project Team, being conscious of the road traffic implications of the intended works on road users plying this strategic and ever-busy expressway, had finalised plans to put mitigating measures in place ahead of the commencement of works.

Such mitigating measures will include, display of advanced warning signs for road narrowing and for necessary speed restriction, he said.

Julius Berger Nigeria Plc, Duku added, has developed the diversion plans in conjunction with the relevant stakeholders including the Nigerian Police, FRSC and TRACE.

“As is the usual professional procedure of Julius Berger, the diversions to be implemented will be to the highest traffic management and safety standard.

“Nevertheless, it is essential that all persons using the expressway should reasonably obey all road traffic rules and proceed in a manner that is safe and considerate for the benefit of all road users,” he added.

Charles Igbinidu is a Public Relations practitioner in Lagos, Nigeria
@https://twitter.com/ionigeria
Previous Sunday Igboho sues DSS, AGF Malami for N500b over invasion of residence
Next Jeff Bezos and Sir Richard Branson not yet astronauts, US says