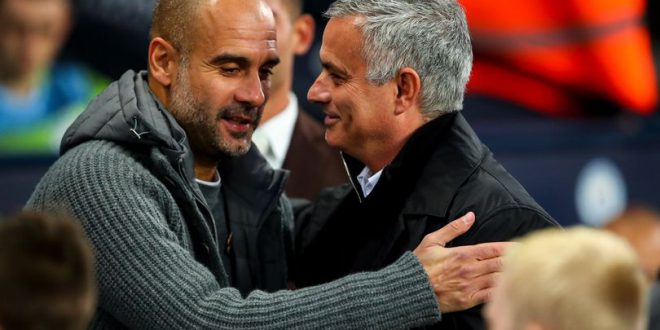 Jose Mourinho opens up on personal relationship with Pep Guardiola

They shared a dressing room together as a young coach and captain at Barcelona in the late 90s, before clashing in heated rivalries across the dugout, most notably with Real Madrid and Barcelona in La Liga and later at City and Manchester United in the Premier League.

Mourinho says despite their public spats in the heat of title races and major competitions, the two hold a long-standing mutual respect privately.

“The problem with us coaches is that is not easy to cultivate or develop friendships because we don’t see each other. We see each other before and after games it is difficult,” Mourinho explained.

“With Pep I keep the three years where we worked together, we saw each other every day, we celebrate together the titles that we won, we were disappointed together when we lost.

“There are moments in life where we don’t forget things. One of the things I don’t forget is when my father died, he knew how important he was to me so he made a call.

“Of course when his mum died, I replied the same way. These are the things people do not see. Today I am sharing because I have the opportunity.”