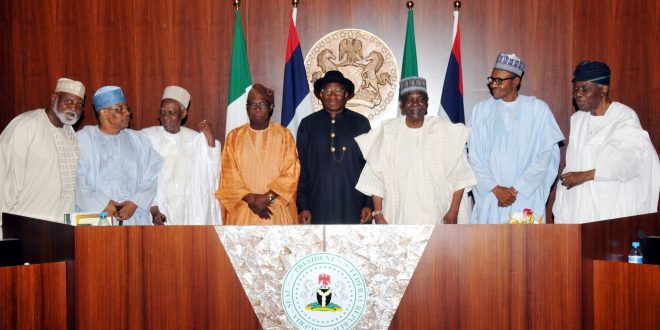 Why Jonathan’s allowances have not been paid – Presidency

The Presidency has revealed that the allowances of all former Heads of State (including that of immediate past President Goodluck Jonathan) for the third quarter of the year has not be paid but that they will eventually be paid when funds are released by the Ministry of Finance.

The Presidency also refuted claims by some protesters in Bayelsa state that the allowances due to the former President Goodluck Jonathan have been stopped and his accounts frozen.

The Senior Special Assistant, media, Garba Shehu said this in a statement on Friday.

Shehu who  described the claims as patently untrue, said the allowances of the former president and other past leaders have been paid up to the second quarter.

He  however said the past leaders where yet to receive their allowances for the third quarter but will soon get it.

“The allegation by demonstrators in Bayelsa State on Thursday that allowances due to a former President have been stopped and his bank accounts were frozen is patently untrue.”

“We have confirmed with the Secretary to the Government of the Federation (SGF) that the former President and the other past leaders were paid their allowances up to the second quarter. The past leaders have not been paid third quarter allowances but will get their dues when remittances are received by the SGF from the Ministry of Finance.”

“Also, the story of account closure is false. It is not known to the investigation agencies. The National Security Adviser to the President is not aware of this bank account closure. The DG SSS is unaware of it, the EFCC is unaware and the IG of Police is not in the know.”

“With all of these agencies not being involved, how then could a thing like that happen? In a dream perhaps! To put it starkly, we believe there is a clear motive for the demonstration that is different from that which was being canvassed.”

He also refuted the claims as premeditated attempts to pile the blames on the president who is unaware of the issue.

“This is a premeditated attempt to blame President Muhammadu Buhari for something he knows nothing about. These claims are false and poorly sourced to present a picture of vendetta and they should be disregarded by well-meaning members of d public.”

“President Buhari remains committed to the ideals of justice and fairness to all irrespective of creed, religion and political leanings. His administration will not engage in vendetta.”

There is hope for Nigeria, a hope that was previously clouded by corruption, greed and lack of focus,” he concluded.