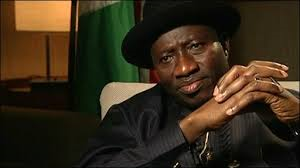 Immediate past President of Nigeria, Dr. Goodluck Jonathan, Rivers State Governor Nyesom Wike and the Ijaw Youth Council (IYC) have denied having any link with the Niger Delta Avengers (NDA).

It would be recalled that one Cynthia Whyte the Spokesperson, of an alleged splinter group from the NDA, the Reform Niger Delta Avengers (RNDA) had in a statement on Saturday, listed Dr. Goodluck Jonathan, Governor Seriake Dickson (Bayelsa), Governor Nyesom Wike (Rivers) and other prominent leaders from the region as NDA sponsors

In a statement in Abuja by his media aide Ikechukwu Eze, Jonathan said he was responding to the claims that he is a sponsor of NDA “to the extent that the group’s hidden intent poses a violent threat” to his life.

Jonathan’s statement reads: “For the avoidance of doubt, we are fully convinced that such an idiotic claim is too cheap a narrative, a facile contrivance so badly concocted that any discerning mind would easily see through its disingenuous and duplicitous nature.

“We are also not bothered by this baseless accusation, contented that we are not the only ones conversant with Jonathan’s widely-acknowledged sincere disposition to peace, non-violence and better human community.

“We are, however, seized by the feeling of déjà vu occasioned by the resurrection of one dim character masquerading as ‘Cynthia White’, who had in the past served as the spokesperson for a notorious group that had all along shown its hand to be going after the life of Dr. Goodluck Ebele Jonathan.

“Nigerians could recall that in 2007 when Jonathan emerged as the running mate to the late President Umaru Yar’Adua in the People’s Democratic Party during that year’s presidential election, this very group invaded Yenagoa with hundreds of militants in an effort to assassinate him. Jonathan was only saved then by the spirited efforts of the combined forces of determined security men, who gallantly repelled the attack.

“Let us also not forget that members of this same group later invaded and bombed Jonathan’s compound in Otuoke, Bayelsa State, on a night he was scheduled to attend to an important matter in his country home. He was only saved by the grace of God, who in His infinite mercy created intervening factors that prevented Jonathan from sleeping in his country home that night.

“Do we need to remind anybody that the so-called Cynthia White is the self-declared spokesperson of MEND, a violent and murderous underground group led by one Henry Okah, which has not hidden its intention to destroy the former President?

“The unfortunate event of 1st October 2010 in Abuja at the Eagle Square during the Independence Day celebrations for that year, being presided over by the former President, bears out this conviction. It would be recalled that after an attempt to bomb the venue, with the mind of assassinating Jonathan and possibly other high profile local and international dignitaries in attendance, was thwarted by tight security deployment, the terrorists detonated their bombs in other parts of Abuja, resulting in the death of many innocent Nigerians. It is no secret that following that incident, Okah, the leader of MEND was arrested, tried, convicted and jailed in South Africa over terrorism charges by the security authorities of that country. He remains in a South African prison till date while his associates in Nigeria are still being held in Kuje prison, Abuja.

“We, therefore, have no doubt in our mind that MEND, as a group contracted to go after Jonathan with the mind of assassinating him, is yet to abandon this criminal and ignominious craving. It is in this light that we view the purported statement issued by ‘Cynthia White’ as not only a sadistic continuation of this sick desire, but also a futile attempt to instigate the Federal Government to needlessly go after the former President.

“Those who have been following the unsavoury developments in some parts of the country since the last general elections, especially the ones that held in the South-south states, would have noticed that the nefarious MEND, their pay masters and other unscrupulous elements in the region, have been striving fruitlessly to exploit the ensuing confusion, by surreptitiously working for the fulfilment of its yet-to-be declared political agenda. It is our considered view that the statement in question is an off-shoot of that ignoble plan; this time plotting to rubbish and torpedo the ongoing peace efforts in the region.

“While we believe that God Almighty would continue to protect the former President against the evil machinations of these undesirable elements, we wish to also point out that Jonathan is prepared to do anything within the limit of our laws to ensure that he enjoys a well-deserved peaceful post-presidential life without any hindrance.

“We are not under any illusion that more accusations and allegations of this nature would not be hurled Jonathan’s way in the future, especially as his enemies appear to have perfected the act of throwing mud each time his profile gains added impetus and acclaim. But we are very positive that he can never be fazed by such negative energy. Like the eagle, Dr. Ebele Goodluck Jonathan will continue to soar over his traducers.”

In a statement by his spokesman Simeon Nwakandu, Wike described his link to the group as “false media propaganda.”

The statement reads: “Our attention has been drawn to yet another  false media propaganda  wherein it was claimed that Rivers State Governor, Nyesom Ezenwo Wike is one of the sponsors of the militant group, the Niger Delta Avengers.  We nequivocally  deny this false report which was fabricated with the aim of diverting  attention  from the superlative  performance  of Governor Wike.

“Any close observer of this propaganda  machine would have noticed that  all they do is concoct lies about Rivers State.  We urge all well-meaning persons to disregard this current falsehood  credited to a faceless splinter group of NDA .

“This falsehood may not be unconnected to Governor  Wike’s  speech at the just-concluded conference  of the Nigerian Guild of Editors where he publicly declared that he and other stakeholders  in the state have prevented militant groups from sabotaging  oil installations as is the case elsewhere.  Not happy  with this declaration,  they  resolved to concoct another ill-conceived  report trying to mislead the people.

” Governor Nyesom Ezenwo Wike is a patriotic leader,  committed to the sustenance  and  improvement of the nation’s  democracy and economy.  He is a promoter of security and good governance.  He cannot be disparaged by concocted publications from APC media agents.”

IYC Worldwide President Mr. Udengs Eradiri said as leader of the influential Ijaw socio-cultural group, he was against a violent approach to actualising the Niger Delta struggle.

He said he would continue maintain his stand because of his belief that only dialogue with genuine leaders would solve the problems.

In RDNA.s statement, it also claimed that Eradiri was speaks for the NDA using the pseudo-name ‘Brigadier-General’ Murdoch Agbinibo.

But Eradiri, who spoke in Yenagoa, the Bayelsa State capital, said he was not surprised that his name was being dragged in the mud because of his position on the Niger Delta crisis.

He accused the promoters of the Movement for Emancipation of Niger Delta (MEND) of blackmailing him for opposing their Aaron Team.

“Since the splinter group of the Niger Delta Avengers said they have broken away and repented from their old ways, I call on them to come out in the open and identify themselves openly instead of still using pseudo-names such as Cynthia Whyte to issue statements.

“Any discerning mind would know that the said statement purportedly naming sponsors of Avengers was issued by the promoters of the Aaron 11 MEND negotiation with the federal government.

“Their grouse against me is because I said in my recent interviews that MEND Aaron 11 team does have the mandate of the Ijaw and other Niger Delta people to negotiate with the Federal Government. They are desperate because of the lack of credibility in what they are doing”.