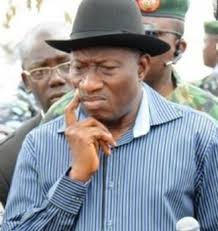 Jonathan Is Not A Very Honest Man – Okoi Obono-Obla

Former President Jonathan had said that his administration did its best to plug the holes and stop corruption, and also listed a string of his accomplishments.

However Obonla said Jonathan’s assessment revealed the former leader is not a very honest man.

“He ran a voodoo economy, full of sound and fury, signifying nothing. There was massive unemployment, massive inflation; there was shortage of petroleum products, there was oil subsidy which led to trillions of naira subsidy fraud.

“So, how can he say that the economy was sound, that it was well managed? The bumbling incompetence of his government is what has manifested in what we saw when we went into a recession shortly after we took over when we met an empty treasury.

“If he said his government didn’t block loopholes of corruption, that is an admission that his government was chronically scandalously corrupt and which is true, because we have not seen that kind of mindless looting of government resources and money which has manifested in his former minister looting what would amount to the budget of the entire northern states for about four years.

“He said the economy was sound when there were a lot of leakages through which billions of dollars were siphoned from the economy.”

He said, “It is very unfortunate that a former President will say that. There is the saying that there is no mark for effort. The only mark you get is for results.

“It does’t matter how much a man tried; if he does not have a result to show, what he should just do is to keep quiet and that is what I will advise him to do as far as corruption is concerned.

“The results are very shameful. I think he should just be asking for forgiveness.”

Previous Akeredolu To Buhari: “Sack Magu Now, Over 1,001 People Can Do The Job”
Next PDP Attacks Osinbajo, Calls Him A Figurehead