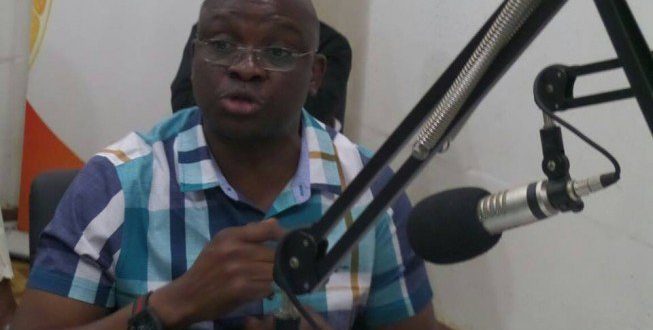 Ekiti State Governor, Ayodele Fayose has debunked reports of him planning to decamp to the ruling All Progressives Congress (APC).
During the weekend, an ex-Chief Whip of the Senate and chieftain of the APC in the state, Gbenga Aluko, alleged that Governor Fayose was making plans to defect from the People’s Democratic Party (PDP).

Promptly reacting to the claim, Governor Fayose described the report as false.

The governor’sdismissal of the reports was issued by the Chief Press Secretary to the Governor, Idowu Adelusi.

In the statement, Fayose stated that leaving PDP for APC is as good as “leaving Jesus Christ for Satan.”

The statement reads, “The news going viral that Ekiti State Governor, Mr Ayodele Fayose is making move to defect to APC, is false. It is a figment of imagination of the APC which manufactured the story.

“Joining APC is like leaving Jesus Christ for Satan. It is like wanting to die by taking Gamalin 20, or planning to commit suicide by jumping down from skye scrapper.

“Fayose will never join the APC, rather, he would welcome APC members to the PDP.

“Fayose is preoccupied with plan to transit power from PDP to PDP Ekiti in 2018.”