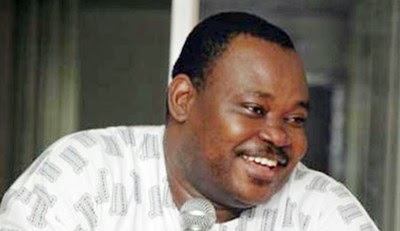 The former candidate of PDP in Ondo State, Mr. Jimoh Ibrahim, has congratulated Mr. Rotimi Akeredolu who is awaiting his declaration as winner of the polls.

Akeredolu is the candidate of the All Progressives Congress (APC) who has clinched 14 of the 17 local governments already declared.

Jimoh Ibrahim was until Tuesday the candidate of the PDP, but was replaced following the Court of Appeal ruling in favour of Mr. Eyitayo Jegede.

Even though INEC has not yet declared Akeredolu as the governor-elect, Ibrahim, in a statement, congratulated Akeredolu.

“My dear egbon. Congratulations. I have computed the results sent to me from 2907 wards by my party agents across Ondo State.

“It shows you are leading with unrecoverable margin. I congratulate you as governor-elect of our lovely state. I will advise you quickly maintain distance from Mimiko if you want to succeed.

“I have no doubt that you will urgently create hope for our people; kindly do whatever you can to assist your lovely civil servants. I saw poverty in those villages I visited during campaign. Please kindly assist traditional rulers as much as you can,’’ he said in a statement on Sunday.

Results still being collated on Sunday in the Ondo state governorship election indicate that APC is still ahead of PDP and AD.

The result still being awaited is from Ilaje local governments. The Returning officer announced that the results are still compiled.

The Chief Returning Officer, Prof. A. Ambali, announced an break and said they will reconvene at 11 am.

The results from the local governments are hereunder as announced.