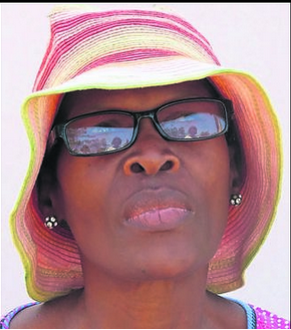 A heartbroken mother is convinced that jealous people burnt her son’s seven-roomed house.

The incident happened in Inanda, north of Durban, South Africa.

“I don’t live with my son. He lives alone,” she said. “So when neighbours saw the flames, they called me and I rushed to the house. “I was shocked when I arrived to find it in flames. I couldn’t believe my eyes and thought he was in the house.

“I was relieved when neighbours told me no one was inside.”

When she called Sihle on his cellphone, it was off.

“He arrived when the fire had already been extinguished. “He cried when he saw everything he had worked so hard for in ashes. “He then went away without telling me where he was going.”

She said self-employed Sihle provided for her. “I think a jealous person did this. There is no other explanation. I don’t think an electrical fault caused the fire.”

A neighbour apparently confirmed her suspicions. “A neighbour told me the fire started in a bedroom.

People are jealous of my son because he’s unemployed but progresses in life.”

According to Zanele, Sihle was still traumatised and slept at a friend’s house.