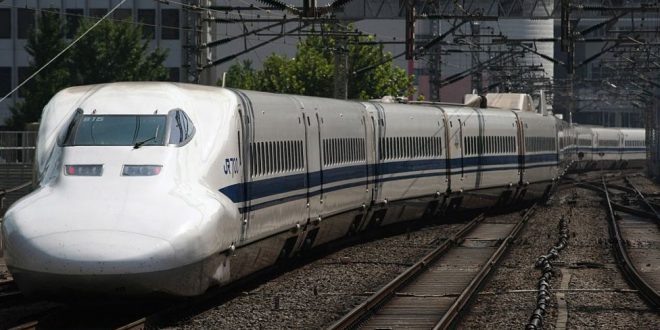 The incident took place on the Tokaido Shinkansen railway line

A Japanese train driver faces possible punishment after he left the cockpit of a speeding bullet train for several minutes to go to the toilet.

He had asked a conductor, who did not have a driver’s licence, to man the train which was travelling at 150km/h (93mph), according to local media.

The Hikari 633 was carrying 160 passengers at the time. The incident reportedly did not affect the journey.

But the railway company has reported it to authorities and apologised. 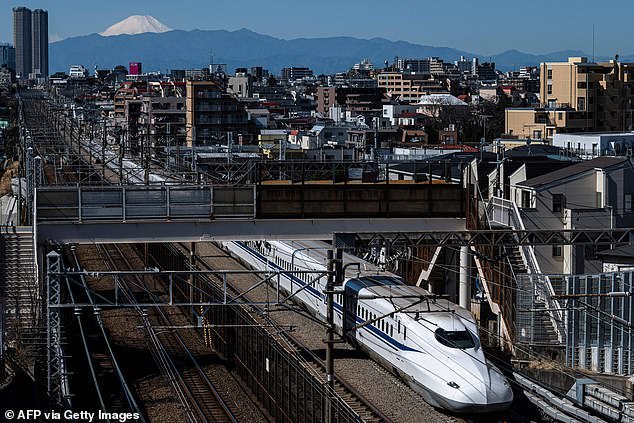 The driver, 36, gave the controls to a conductor, who was not qualified to drive the train, for three minutes while he went to the toilet on Sunday in central Shizuoka (file image

The Central Japan Railway Company (JR Central) said the incident took place on Sunday morning while the train was travelling in the central Shizuoka prefecture.

The 36-year-old driver, who has not been named, had suffered a stomach ache and needed to use the toilet urgently.

He called a conductor into the cockpit to man the controls, and then left for about three minutes to use the lavatory in a passenger cabin, JR Central said.

The company’s rules state that if drivers feel unwell they must contact their transport command centre. They are also allowed to ask a conductor to take over the controls, but only if the conductor has a driver’s licence. 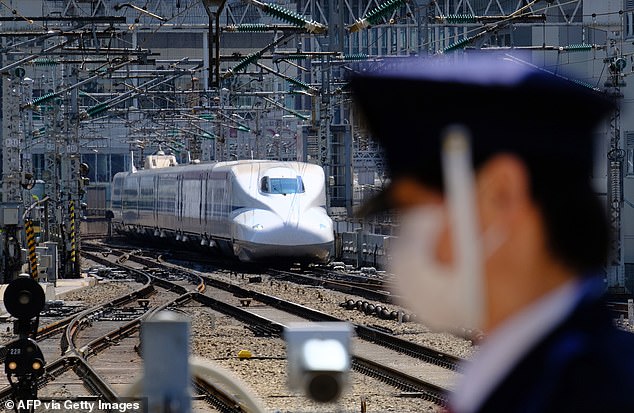 The driver of a Japanese Hikari bullet train could face possible disciplinary action after he exited the cockpit to go to the toilet, leaving an unqualified conductor in charge (file image)

The last major incident happened in 2005 when a train derailed in the western city of Amagasaki, killing 107 people.

The Shinkansen, which is Japan’s bullet train rail network, has never had an accident in its 57-year history.
Share