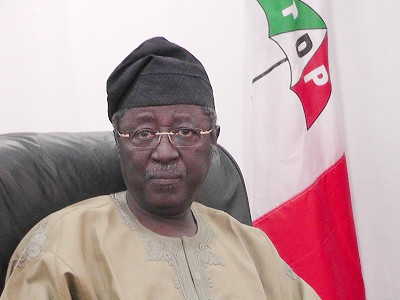 Jang, who also contested alongside Atiku and 10 others, said in a statement issued on Monday in Jos that the victory was well-deserved and he would support the party’s candidate to win in 2019.

“On behalf of my campaign team and teeming supporters, I hereby congratulate Atiku Abubakar for a deserved victory and accept in totality the outcome of the Primary Elections.

“As a loyal member and responsible stakeholder of our party, I hereby pledge to support and work for the actualisation of the anticipated Atiku Abubakar presidency; a presidency which I strongly believe will have answers to the multifaceted problems confounding the current occupant of Aso Rock, ” Jang said.

The former governor urged Atiku to pay special attention to the challenges confronting the people of Middle Belt, particularly the countless killing of innocent citizens by ” faceless” gunmen, when he becomes president.

He advised the candidate to make the security and welfare of the middle belters his top priority.