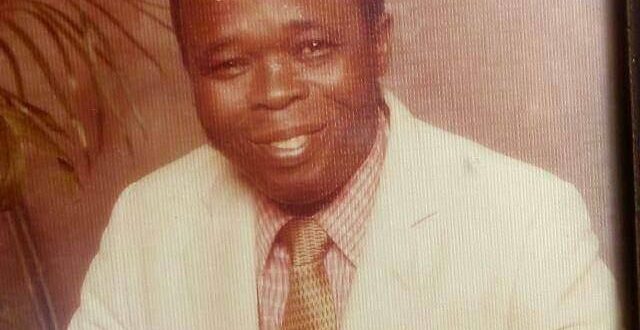 Dr. Iyayi Efianayi (MFR), a highly respected and cherished Benn City based business mogul and philanthropist extraordinaire recently transited to the great beyond. He died at the age of 87 and is survived by wives and children. Although, he was a man of great means, he was however an embodiment of humility, love and respect for God Almighty and fellow men.

When a man departs this world, he is gone forever but his legacies will linger. He is either remembered for good or bad deeds. For Dr. Iyayi Efianayi (MFR) who was born on January 6, 1931 and died October 11, 2018, he will undoubtedly, continually be remembered for his innumerable great deeds.

I had several opportunities of meeting and conversing with him and on each occasion, I left with great admiration because of his indescribable love for God and humanity.

I can vividly remember my encounter with him few years ago at the entombment ceremony of my uncle, Mr. Daniel Igbinidu who was for many years his employee. After my uncle was committed to mother earth, some other persons started leaving, I walked to him and inquired if he was about leaving so that I could see him off to the car, he said he couldn’t leave when the men of God who came to conduct the interment service were still around. He felt it would be disrespectful to God if he did that.

I was awe struck because he was not only older than the men of God but old enough to be their father. To Dr. Iyayi Efianayi, their age was of no consequence but the office they occupied and the person they represented. Since, that encounter, I learnt to revere every true man of God.

I can also remember another encounter with him during which we discussed an unpleasant issue that had to do with me. Even though, I was the person affected, I saw in him a very deep and genuine pain. The agony on his face was indeed very palpable especially because all efforts he made to sort out the issue did not yield the desired result. That is Dr. Iyayi for you, a man who would do everything within his power to be of help to fellow human beings.

He demonstrated his true love for God by the positive impact he made in the lives of thousands of people especially indigenes of his community – Egbaland in Uhunmwonde Local Government area of Edo State.

While some of his contemporaries were only interested and content with acquiring wealth for their personal enjoyment and vainglory, Dr. Iyayi’s greatest legacy is the impact he made in his community and the lives of people from far and wide in the areas of education, healthcare, provision of physical infrastructure, spirituality, employment and economic empowerment.

It was through his big-heartedness that the road that leads to Egbaland from Benin City was first constructed and a bridge built across the stream that stopped vehicles from getting to the town for so many years. It was Dr. Iyayi that used his personal resources to bring electricity to Egbaland, built and donated to the state government Egba Grammar School, a Community Health Centre and Community Bank.

It is also pertinent to mention that he successfully resisted every effort made by members of the community to name the secondary school after him. He insisted that the school should be named after the community because of his unbending disdain for conceitedness and because of his firm belief in the biblical injunction that charitable giving should be kept secret.

The singular decision to build Egba Grammar School helped in liberating or extricating many members of the community, the state and the nation at large from ignorance, poverty and disease.

Many people who would not have been able to acquire western education did because of his benevolence. Unlike today, where there seem to be a glut of secondary schools in Edo state, secondary schools were relatively few then, competition was high and access to the few schools was extremely restricted especially for the children of the poor.

Another area that Dr. Iyayi blaze-a-trail in the community was in Christian evangelism. He took the Great Commission with utmost seriousness.  His construction of a branch of The Baptist Church was the gamechanger for Christianity in the community. From a community peopled largely by adherents of traditional religion, the community is today preponderantly Christian.

Late Dr. Iyayi Efianayi was indeed a rare gem, community builder, a gentleman and a true man of God. He will no doubt be greatly missed by his family, friends, community, Edo state and the country at large.

May his sweet soul Rest in Perfect Peace.