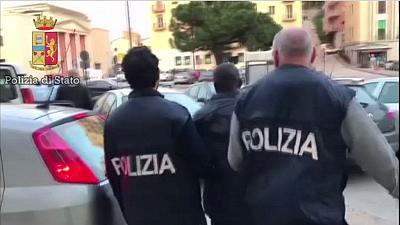 A Nigerian human trafficker known as “Rambo” has been arrested in Italy on charges of torturing and killing migrants held captive in Libya, Italian police said Tuesday.

The suspect named John Ogais, 25, was traced to a reception centre in Calabria in southern Italy and clapped in cuffs on charges of belonging to a transnational smuggling ring, specialising in human trafficking, murder and rape.

Detectives in Agrigento in Sicily have pulled together witness testimony from migrants who accuse Ogais of torturing people held captive in a makeshift prison, with at least two men reportedly dying at his hands.

Many of those rescued from flimsy dinghies in the Mediterranean as they try to make the perilous trip to Europe bear torture scars and tell rescuers they had no choice but to flee for their lives from the crisis-hit African country.

“While I was inside that ghetto, where it was impossible to escape, I heard that a man who called himself Rambo had killed a migrant,” one of the witnesses said according to the police statement.

“My cousin and others tried to escape but they were caught and tortured nearly to death,” the witness said.

Another said: “Once I saw Rambo the Nigerian kill a migrant he had gagged and tortured for a long time”, while yet another said he “personally saw two people beaten to death, an underage boy and a man killed by Rambo”.

The latter was “killed by Rambo in front of the victim’s brother. When he killed the man Rambo pointed a gun at the brother and told him not to tell his family anything and to get them to immediately send money” for their release.

Ogais was found staying at a reception centre in Isola di Capo Rizzuto, one of the largest such centres in Italy, and the scene of mass arrests last month over a mafia scandal which capitalised on asylum seekers.

Libya has long been a stepping stone for migrants seeking a better life in Europe and people smugglers have stepped up their lucrative business in the chaos which has engulfed the country since its 2011 revolution.

People rescued at sea have described harrowing ransom situations in which captors lock up migrants and demand their families send money to buy their freedom. Those who fail to comply are executed.

Reports have also emerged of ruthless traffickers burying people alive on the beaches of Libya if they refuse to board unseaworthy dinghies and overcrowded boats.

Despite the dangers, many of those arriving in Libya — fleeing conflict or poverty — find it almost impossible to get out again, if not by sea.

According to the UN’s International Organization for Migration, there are between 700,000 and one million people in Libya awaiting their chance to cross.

Over 77,000 people have tried to cross the Mediterranean to Europe since the beginning of the year, the UN’s refugee agency said Tuesday, while close to 2,000 people have died trying. 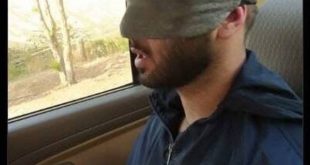