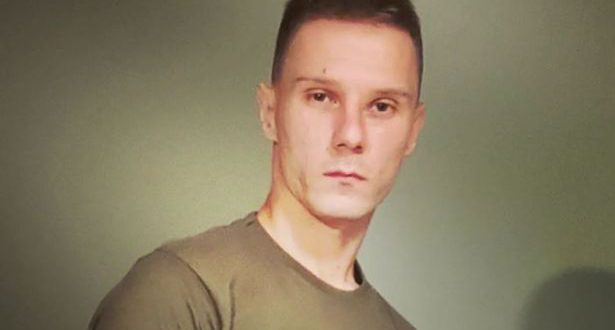 An Italian goalkeeper has been wounded in battle after quitting professional football to defend Ukraine against Russian aggression.

The two European nations have been embroiled in a violent war since Russian president Vladimir Putin ordered his troops to invade Ukraine in an unprovoked attack two months ago. Thousands of soldiers and civilians have died as a result of the conflict.

Ivan Luca Vavassori, a 30-year-old goalkeeper who was born in Russia but adopted by an Italian family, left his home to defend Ukraine after receiving approval from an embassy in Kyiv and has been documenting the war on social media.

Vavassori, who played for Serie C outfit Aurora Pro Patria 1919, recently went silent on social media – leaving his loved ones fearing the worst. Some of the stopper’s posts suggested he was willing to die to defend Ukraine’s sovereignty.

“Ours will be a suicide mission because we have very few units against an entire army,” wrote Vavassori. Another message read: “The soldier prays more than all the others for peace because it is he who must leave and bear the deepest wounds and scars of war.”

His father Pietro feared his son had perished in battle following a Russian attack near Mariupol, the heavily besieged Ukrainian city. Much of the fighting has centred around Mariupol because it’s viewed as a key strategic stronghold for the Russians.

“We are sorry to inform you that last night, during the retreat of some wounded in an attack on Mariupol, two convoys were destroyed by the Russian army,” said Pietro on Sunday. “In one of these there was perhaps also Ivan, together with the 4th Regiment.

“We are trying to understand if there are survivors. We will inform you through the two Instagram and Facebook pages that Ivan has left us to manage.”

Yet Pietro later confirmed Vavassori was alive, although it’s unclear how serious his wounds are and whether he’ll continue fighting in the war, which shows no signs of ending in the near future. “My son is alive, he’s in hospital,” revealed the relieved father.

“Don’t worry, the Russian side is taking care of them,” said Russian foreign ministry spokesperson Maria Zakharova. “They are fed, watered, and given the necessary assistance. Just like other foreigners who have surrendered or been detained.”

Aslin’s family are trying to secure the release of the two Brits. The UK and NATO (North Atlantic Treaty Organisation) haven’t committed troops to defend Ukraine because they do not want to be involved in a direct conflict with Russia.

“Together with the family of Shaun Pinner, we are in contact with the Foreign Office to ensure the Russian authorities meet their obligations to prisoners of war under international law, and ultimately to secure the release of Aiden and Shaun,” said Aslin’s family.