Home / News / Politics / It Is Time To Impeach Buhari – FFK

It Is Time To Impeach Buhari – FFK

Former Aviation Minister, Femi Fani-Kayode has said that the time to remove the All Progressives Congress (APC) from power  and impeach President Muhammadu Buhari has come.

The former Aviation Minister made the declaration in reaction to the mass defection from APC that took place in the National Assembly yesterday.

FFK described President Muhammadu Buhari as a tyrant and called on the International Criminal Court to prosecute him once he is removed from power.

He also urged other members of the National Assembly who are yet to defect from the APC to to do to ensure that APC becomes minority party in the House of Representatives. 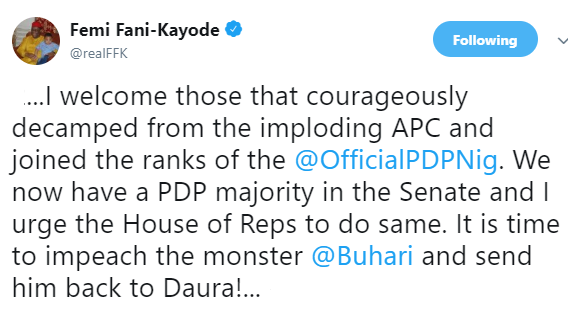 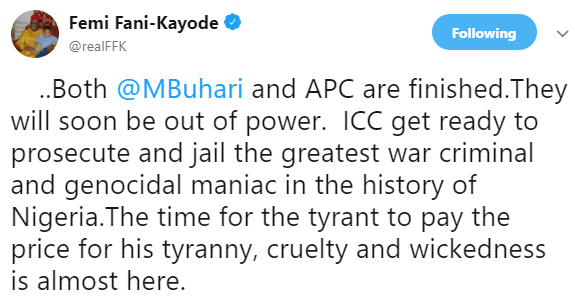 Previous Why We Dumped APC – Defectors
Next Shocking: Wicked Son Kills Own Mother, Accused Her Of Bewitching Him