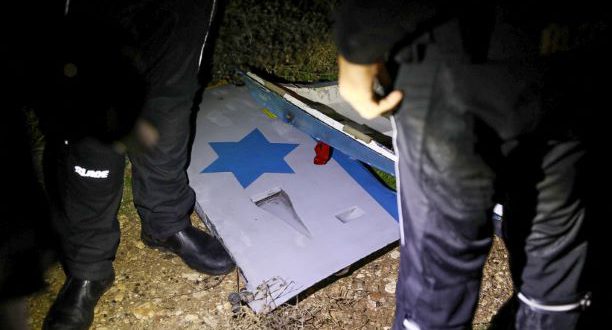 Part of a military helicopter that crashed off the coast of Haifa on January 3, 2021. (photo credit: ALON NADAV/FLASH 90)

Two additional crewmen were discovered and evacuated from the scene. Their condition was not immediately known.

An Israel Navy helicopter crashed off the coast of the northern Israel city of Haifa on Monday night.
The helicopter – an Atalef AS565 Panther – went down with a crew of three on board. The pilot was rescued shortly after the crash from the sea and flown to Rambam Hospital in light condition. The two other crew members were discovered after a long search and were evacuated. Their condition was not immediately known.

An Atalef helicopter, demonstrating a search-and-rescue operation, during an airshow at Ramat David Airbase in 2009. (credit: Ofer Zidon /Flash90.)

An Israeli helicopter has crashed off the coast of Haifa in northern Israel. Rescue forces belonging to the Israel Police, Navy, Air Force and others are working to rescue the three crew members

The Israel Police’s Naval unit along with the Israel Air Force’s 669 Search and Rescue unit, the Air Force and additional forces participated in the search-and-rescue operation.
Prime Minister Naftali Bennett, Foreign Minister Lapid and Defense Minister Gantz all received updates during the Knesset session on the crash, according to KAN.
An Israeli army flare illuminating the sky during searches for survivors after a helicopter crashed off the coast of the northern Israeli city of Hafia, January 3, 2021. (credit: ALON NADAV/FLASH 90)
Eyewitnesses reported seeing what looked like a fireball fall from the sky into the water. Rescue operations were caught on CCTV camera near Bat Galim beach south of Haifa and another video from the scene shows teenagers running towards a large fire near the beach.
Further details into the crash, including what brought it down, will be investigated.
The Atalef is a medium-weight multipurpose twin-engine helicopter that is used by the Navy for a variety of missions including search and rescue, combat support and more. Israel bought five AS565s in 1996, this is the second crash of the fleet.
Further details into the crash, including what brought it down, will be investigated.
Source link
Share