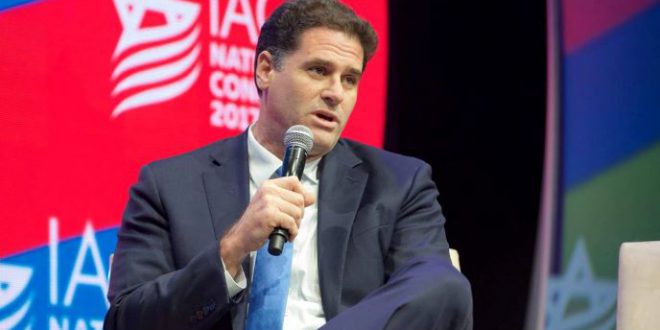 The Israeli Ambassador to the U.S., Ron Dermer

Israel’s ambassador to the United States, Ron Dermer, said on Monday that Israel is “very comfortable” with the sale of F-35 planes to the United Arab Emirates, amidst growing skepticism in the United States’ Congress about the Trump administration’s plan to sell dozens of advanced warplanes to the tiny Gulf country as part of a deal that included UAE normalization of ties with Israel.

“We strongly believe this agreement, this arms package, will not violate the U.S. commitment to maintain Israel’s Qualitative Military Edge,” Dermer was quoted by Israeli newspaper Haaretz to have said in an interview.

Dermer spoke together with the UAE ambassador to the U.S., Yousef al Ottaiba. It was the first time that the two ambassadors had given a joint television interview since the signing of the countries’ normalization accords this summer.
“What keeps me up at night isn’t the sale of the F-35 to the UAE,” Dermer said during the interview. “It’s the idea that someone would return to the nuclear deal with Iran.”
Dermer said that “the UAE is an ally in confronting Iran” and repeated his message that “we do not believe this arms package will violate Israel’s Qualitative Military Edge.”
Dermer’s comments will make it easier for the UAE and the Trump administration to fight back against criticism and concerns in Congress regarding the large weapons agreement that Trump signed with the country.
Share