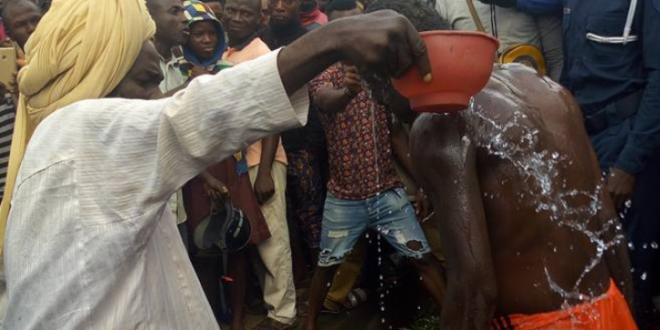 An Islamic cleric popularly known as Alfa caused a huge scene on Thursday morning along Lagere Road in Ile- ife, Osun state, after he allegedly healed a young man who was said to be mentally unstable.

According to Olaoye Dapo Muideen, the incident witnessed a large crowd as residents gathered in front of a Catholic Church where the purported healing took place.

The Alfa after healing the young man, shaved off his hair and bathed him as the baying crowd looked on .

The cleric later took custody of the transformed man in order to take care of him.