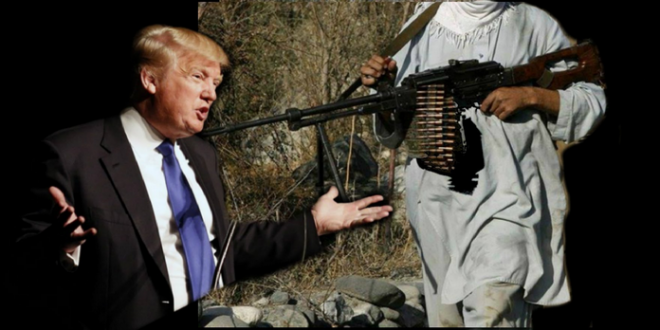 ISIS terrorists have yet again threatened to launch terror attacks in the United States, in a new propaganda poster, which also shows  President Donald Trump about to be beheaded.

In the poster released by the terror group, the US president is seen on his knees in an orange jumpsuit with an ISIS fighter about to slash his throat, while the city of New York burns in the background.

According to reports, the poster, entitled ‘Be Patient America’, was distributed on encrypted messaging app Telegram by pro-ISIS media.

The horrifying image also carries a note saying: ‘It warns the U.S. that ‘war is not over, by the permission of Allah, you will be defeated’.

‘Be patient America, war is not over yet and you have not won. By the permission of Allah you will be defeated, just wait for it. Our swords are not broken, our arms are not tired, our passion did not fade away and we did not feel bored or weak!’ 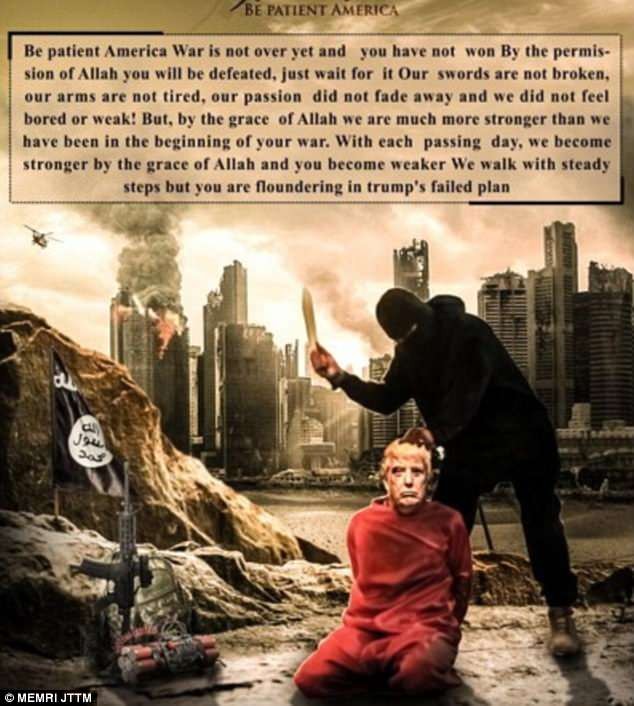 ‘We will walk with steady steps, but you are floundering in Trump’s failed plan.’

This is not the first time the ISIS are sending threat to the President, two weeks ago a poster was released depicting Trump’s execution with the city of Seattle in flames as a backdrop.