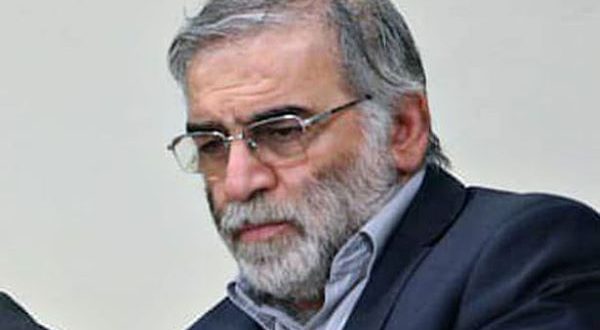 Iran is accusing Israel of a role in the death of Mohsen Fakhrizadeh, believed to be the head of Iran’s nuclear programme, after he was shot in an attack near the capital of Tehran

An Iranian military commander said Iran would strike back against killers who shot dead a suspected top nuclear scientist.

Tehran is blaming Israel for the assassination of researcher Mohsen Fakhrizadeh after he was shot dead near the capital on Friday.

Officials labelled it a ‘terrorist’ attack and are accusing Israel of a role in his death.

“We will strike as thunder at the killers of this oppressed martyr and will make them regret their action,” Hossein Dehghan, military adviser to Iranian Supreme Leader Ayatollah Ali Khamenei, wrote in a tweet.

The Ministry of Defence confirmed the death of the physics professor and leading figure in Iran’s Revolutionary Guard.

Iran’s Foreign Minister Mohammad Javad Zarif claimed there were indications of an Israeli role in the scientist’s death.

He demanded that Western nations, and particularly the European Union, condemn the ‘act of state terror’ immediately.

He wrote in a tweet: “Terrorists murdered an eminent Iranian scientist today.

Charles Igbinidu is a Public Relations practitioner in Lagos, Nigeria
@https://twitter.com/ionigeria
Previous As other companies trim their workforce, Amazon goes on hiring spree
Next Man ‘comes back to life’ in morgue as workers were getting ready to embalm him