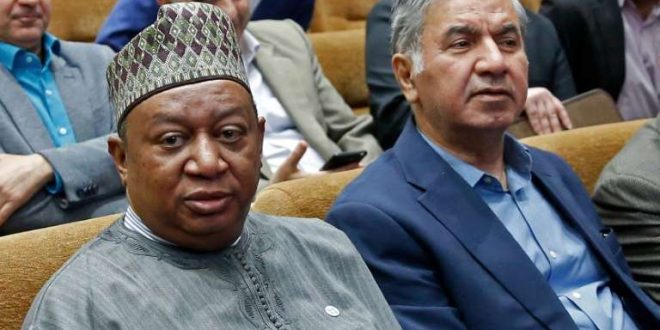 Iran’s OPEC governor Hossein Kazempour-Ardebili has died of a brain hemorrhage two weeks after falling into a coma, the oil ministry said on Saturday.

“Kazempour-Ardebili, who had gone into a coma over a brain hemorrhage two weeks ago in a hospital in Tehran, has passed away,” a ministry statement said, without giving further details.

He died on Saturday morning aged 68, according to state news agency IRNA.

The veteran politician was appointed governor to the OPEC oil cartel in 1985.

Ardebili was a survivor of the 1981 bombing of the Islamic Republic Party headquarters in Tehran which killed 73 top Iranian officials.

He was serving as trade minister at the time, appointed the year before.

The bombing was blamed on the People’s Mujahedeen, a rebel group that has since renounced violence but which Iran considers a “terrorist” cult. The group did not claim responsibility.

Foreign Minister Mohammad Javad Zarif said Ardebili was an “intelligent and firm defender of national interests” and a “reliable adviser” for Iranian authorities.

A founding member of the Organization of the Petroleum Exporting Countries, Iran sits on the world’s fourth-biggest oil reserves and second-largest gas reserves.

But its economy has been battered by sanctions reimposed by the United States in 2018 after President Donald Trump pulled out of a landmark nuclear deal between Iran and major powers.