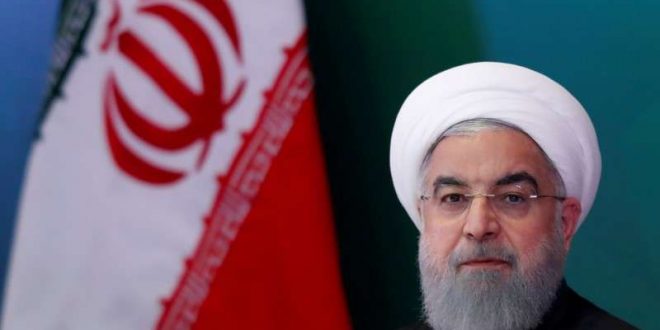 Iran now lets mothers give their citizenship to their children

A new policy allowing Iranian women to pass down their citizenship to their children marks a long-sought victory for activists and is raising hopes for an estimated 1 million undocumented children born to foreign fathers in the country.

Until lawmakers created a pathway to citizenship for excluded children, only Iranian men could pass on their nationality to their children at birth. That has often left children born to Iranian mothers and non-Iranian fathers stateless and without equal access to education, employment, health care and social services.

According to a report in Washington Post the new policy affects, in particular, the children of Iranian women who have married Afghan men. Iran hosts 1 million registered Afghan refugees and around 2 million additional undocumented Afghans, most of whom have fled decades of war in their homeland.

As of mid-November, about 75,000 people had applied for citizenship under the new law, according to Iran’s immigration office. But after years of discrimination, some lack faith they will be treated fairly under the new law.

Ali, a former employee in Afghanistan’s consulate in the Iranian capital, Tehran, and his Iranian wife have three children. But he said they are not yet rushing to register their children.

“Under this new law, I have heard that the first cases are special ones where the father is somehow an influential person,” he said, giving only his first name to protect his family.

Ali and his wife have already struggled to register their marriage, which required clearance from the Interior Ministry. He said he was ultimately able to navigate that process thanks to his professional experience but worries that many others cannot.

“This nationality law is a step closer to putting mother and fathers on equal footing,” she said. “It’s a very significant improvement, albeit gradual.”

By taking this step, Iran has distinguished itself from many other countries in the Middle East and beyond. In Jordan and Lebanon, for instance, women cannot pass on their citizenship, a prohibition that primarily affects women married to Palestinians and Syrian refugees. Similar restrictions prevail in Arab countries in the Persian Gulf region.

Worldwide, 25 countries bar women from passing citizenship to children, while more than 50 have other discriminatory nationality laws such as those that, for example, permit only men to pass on citizenship to a foreign spouse, according to UNHCR.

Iranian lawmakers have wrestled with the nationality issue for years. Opponents of reform argued that changes would upset Iran’s demographics by conferring citizenship on refugees. Supporters countered that the law is really about controlling women, as the prohibitions do not apply to children of men married to non-Iranian women. These advocates note that the citizenship restrictions were part of a raft of laws discriminating against women.

While Iran’s nationality laws predate the 1979 Islamic revolution, Mohsen Kazempour, a co-founder of the Datikan Legal Institute in Tehran, said the current bias against foreigners is in part rooted in a nationalist hysteria that followed the revolution and eight-year war between Iran and Iraq

“Iran was at war with Iraq, and Iraq was supported by many foreign nations,” he said. “So the Iranian government was very concerned about the penetration of secret agents in the government or army.”

Refugees without citizenship lack many basic rights in Iran, like access to certain jobs and educational options. Even buying a SIM card for a cellphone is prohibited without correct identification.

In 2006, Iran’s parliament amended the nationality law to allow foreigners, including children of Iranian mothers and non-Iranian fathers, to apply for citizenship after they turned 18 and if they met certain conditions, like security checks. In practice, few applied and got it.

Bhoyroo of UNHCR said momentum toward reform has been building in part due to “a gradual progressive move to document and register Afghans.” Refugees in Iran have been particularly hard hit by dire economic conditions, partly because of the Trump administration’s sanctions on the country.

Among those who have been fortunate to receive citizenship is a girl born to an Afghan father and who recently lost her Iranian mother, a nurse, to covid-19, said Bhoyroo. In another case, a girl lost her Iraqi father after he went to fight the Islamic State in Syria at Iran’s behest, the Middle East Eye reported. In both instances, Iranian citizenship has been a path to documentation, like an identify card or passport, that offers them greater security and opportunities.

The reforms, however, still do not treat mothers and fathers as equal. While an Iranian father automatically passes his citizenship to his children, an Iranian mother must apply on behalf of the children, and that can entail daunting security checks.

Some mixed couples just don’t see a place for themselves in Iran.

Firouz, a 32-year-old journalist, met his wife at a cultural event in 2006. They clicked, he recalled. Both were born and raised in Iran, but Firouz’s family is from Herat in Afghanistan. They navigated the bureaucracy for eight months to register their marriage, said Firouz, who spoke on the condition that only his first name be used to protect his family’s privacy.

“The first day we went to the immigration office to submit the [marriage] application there was a sign on a door saying, ‘The marriage of an Iranian woman and an Afghan man is forbidden.’ We were shocked,” he said.

Fed up with discrimination and concerned about what his children would face, Firouz and his family eventually moved to Afghanistan.

Charles Igbinidu is a Public Relations practitioner in Lagos, Nigeria
@https://twitter.com/ionigeria
Previous Beyonce donates $500,000 to people facing eviction due to coronavirus
Next Black doctor dies of COVID-19 after publicly complaining of racist treatment at hospital