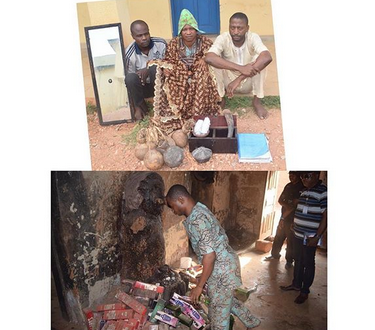 The police discreet investigation revealed that the suspects are a gang of ritualists and impersonators. Items recovered from the suspects include one mirror, booklet of receipts, six calabash, one wooden box, three charms account book, one local pot and a complete local attire with a cap.