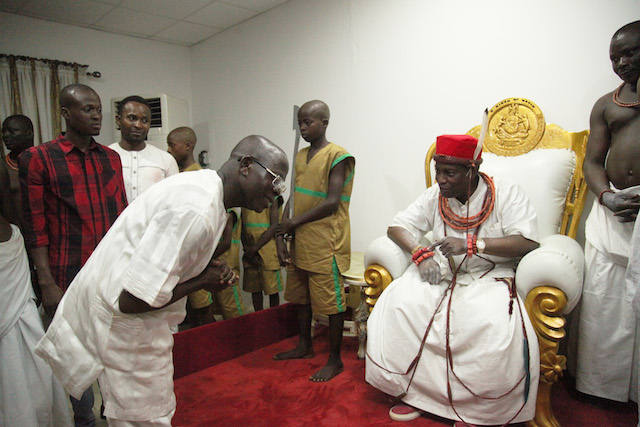 Following intense criticisms by the people of Benin Kingdom on the propriety of issuing a statement on the approval of Crown Prince Eheneden Erediauwa as Oba of Benin when the rites of passage of His Royal Majesty, Omo N’Oba N’Edo Uku Akpolokpolo, Oba Erediauwa are still on, the Edo State Government has quickly withdrawn the approval letter , saying it was issued in error.

In a retraction signed by the Secretary to State Government, Prof Julius Ihonvbere, dated May 25, 2016, the government stated: “In deference to the revered age-long tradition and respect for the sensibilities of the people of the great Benin Kingdom, the Government of Edo State hereby withdraws a letter issued on 24th May 2016 entitled: “Appointment of His Royal Highness Edaiken N’Uselu, Crown Prince Eheneden Erediauwa as the Oba of Benin”

“The said letter was issued in error as the rites of passage of His Royal Majesty, Omo N’Oba N’Edo Uku Akpolokpolo, Oba of Benin are still on.

“The Government will, in due course, issue a fresh letter on the installation of the Edaiken N’Uselu, His Royal Highness Crown Prince Eheneden Erediauwa as the Oba of Benin, in line with the age-long succession tradition of the Benin Kingdom and in line with Section 19 (1) of the Traditional Rulers and Chiefs Law, 1979 (as amended) and by virtue of all other laws enabling it in that behalf, after all necessary traditional rites are concluded.”

This will be the second time since the announcement of the transition of Oba Erediauwa that the government of Governor Adams Oshiomhole would be withdrawing a statement after issuing it.

It would be recalled that in a condolence message after the death of the Oba was announced by Chief Sam Igbe, the Iyase of Benin, the Edo State government used the word, ‘iconoclastic’ to describe the departed Oba but following widespread outcry, the government issued another statement saying that it intended to use the word, ‘iconic’.