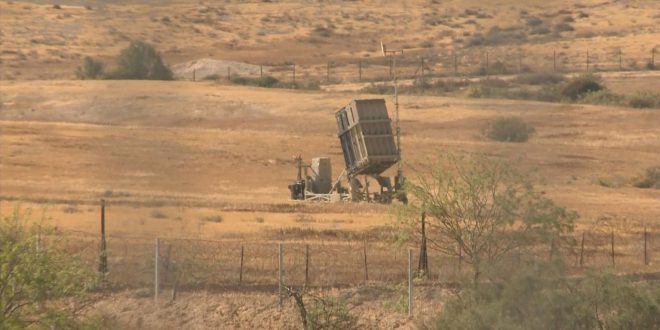 From the moment a giant, green radar detects rocket fire blasting out of Gaza towards Israel, it is only a matter of seconds before an Israeli defence missile shoots up to intercept.

The radar, at a secure site in southern Israel, relays the information to what the Israel Defence Forces (IDF) call a “battle management centre”.

In reality, it’s a beige-coloured, small metal cabin on the other side of the square-shaped compound. 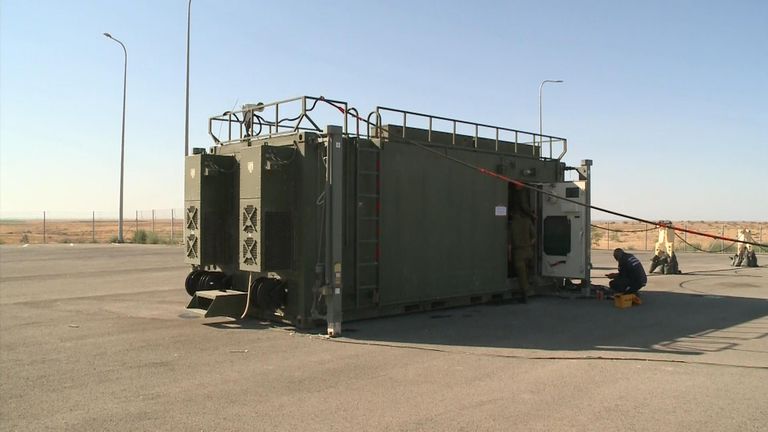 In a 24-hour operation, soldiers monitor incoming airstrikes and intercept them before they cause serious loss of life or damage

Everything here is mobile – to be able to move in relation to the threat.

A number of military personnel – some aged between just 18 and 21 – in the cabin then calculate the trajectory of the rocket, the anticipated impact point and which air defence missile launcher to use to fire back.

It’s a job that needs manning 24 hours a day.

Launcher selected, a single operator is able to fire multiple missiles against multiple Hamas rockets at the same time.

The missiles are guided onto their targets and either smash directly into the incoming rocket or explode near to it, with the shrapnel rendering the incoming fire redundant.

Major Kifr – we were not allowed to use his full name for security reasons – is in charge of the 947 Iron Dome Battalion.

He and his team have been busy since the conflict with Hamas started eight days ago.

The rate of rocket fire, launched by Hamas and Islamic Jihad militants is unprecedented.

But the officer says his unit and the many others that comprise Israel’s Iron Dome air defence shield are more than up to the task.

“We have been trained for this situation,” he told Sky News.

He said the shield – which has blocked about 90% of the incoming rocket fire – could handle an even heavier tempo of attack if necessary.

It is the main reason why, despite more than 3,000 rockets being fired in their direction, Israel has only suffered a relatively low number of fatalities.

“We are very proud of our mission,” Major Kifr said. “We do not distinguish between Arabs, Jews or anyone. We protect everyone.”

His troops are not immune to the threat posed by the incoming fire though.

As Sky News was at the site, a siren sounded warning of rocket fire.

Military personnel moved into a concrete shelter to wait until the threat was over – a common scene across the country these days.

As we stepped back outside, small clouds of white smoke could be seen in the air – evidence of successful interceptions by a different air defence unit