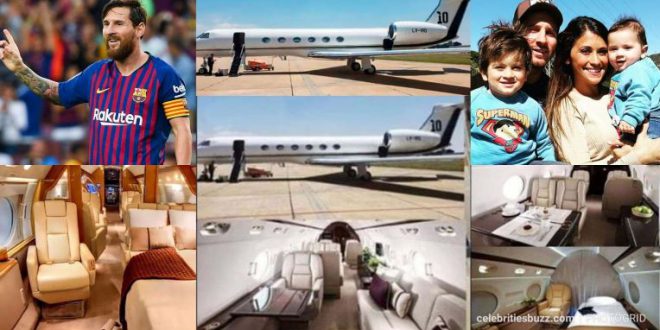 The £12million luxury plane is the perfect means of transport for the Argentine to travel, say, from Barcelona to Paris…

It was made by a company in Argentina and designed for Messi as well as his family.

It boasts a number of incredible features, including its very own kitchen.

There are two bathrooms and enough seats for 16 people.

Incredibly, the chairs can also be folded up and turned into eight beds.

Unfortunately it had to make an emergency landing in Brussels last year due to a technical fault.

To top things off, the steps feature the names of Messi and his family – wife Antonella, plus children Thiago, Ciro and Mateo.

However, the plane – which also boasts his No10 on the tail – is not owned by the superstar, instead he leases it.

But that is sure to not bother Messi in the slightest as he continues his jet-set lifestyle.

The 34-year-old had appeared set to finally put pen to paper on a new contract at Barcelona.

But in a stunning turn of events, the Catalan giants have been forced to concede that they couldn’t bring him back – as they simply can’t afford it.