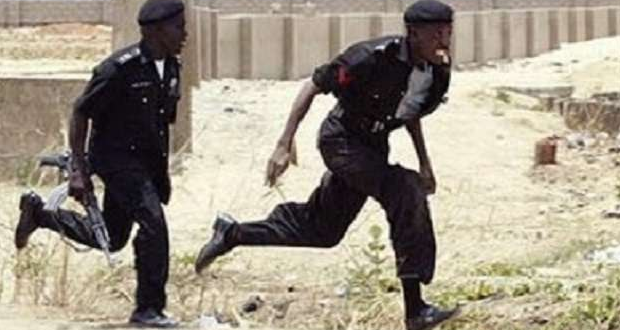 Insecurity in Nigeria: Whither are we bound?

Today’s Nigeria is dangling dangerously from a precipice, considering the height insecurity has soared to in the country! However, most of those in and around the government circle do not want anyone to talk about this obviously depressing reality for reasons damn unrelated to patriotism to Nigeria!

Although, we had earlier deciphered this but certain desperate comments from those in government have reinforced this knowledge. Such is the recent outburst, as usual, from Mr. Garba Shehu who was not incorrectly quoted, to have lamented – on a live television programme – that “the way killings [of human beings] are being reported under the President Buhari-led administration is like it had never happened before”.

It was also reported, in newspapers, that Mr. Garba Shehu explained that killings had been in existence since forever and President Buhari seems to be a target in the way it is now being reported. Can you beat this preposterousness? Those in government are getting more insensitive to the plight of those they claim to be ‘leading’.

This kind of ludicrousness from government officials should not be misconstrued as being unique to any particular political party in Nigeria, as politicians, on all sides, are almost always the same, when in power. Yet, the group, now in power, displays the characteristics of a ‘current champion’ in ineptitude. Irrespective of their streams of invective, we will always remember the words of Edmund Burke (1723–1792) that “the only thing necessary for the triumph of evil is for good men to do nothing.”

We will continue to contribute to the efforts at making Nigeria better since, according to Burke, “nobody made a greater mistake than he who did nothing because he could do only a little”.

This is even if the government propagandists and their principals, lacking clues to Nigeria’s current challenges, call us the ‘wailing wailers’.

If they do not know, we are telling them that they are like the mythical ostrich that hides its head in the sand ignoring and/or denying the existence of a problem hoping it will eventually go away on its own.

We must say it as it currently is: Nigeria is in dire straits! Nigeria is boiling! Nigeria is in turmoil! Nigeria is at war! Nigeria is bleeding! Nigeria needs help! We summarise Nigeria’s current reality using extracts of a poem by William Butler Yeats (1865–1939): Turning and turning in the widening gyre The falcon cannot hear the falconer; Things fall apart; the centre cannot hold; …… What makes the situation in this country particularly unbelievable is the fact that the people in government today were the same ones promising El Dorado a few years ago.

They used their propaganda machine to create an impression that their predecessors were clueless having no visible and feasible solution(s) to the challenges still being increasingly encountered today. We ask those currently in government, using our pidgin English: How market?

After their propaganda and clearly woeful performance, the group in government, now, has convinced us, the more, that there is no difference between six and half a dozen. Simply, politicians, (in almost all the political parties), in our clime, are currently, painfully, the same!

Let us go back to where we started from, in this interaction, concerning the level of security or rather insecurity in Nigeria. It is no more news that the continuous security lapses in the country are baffling and alarming.

The reality is that insecurity, in every part of the country, keeps worsening by the day with governments, at all levels, remaining permanently dazed. We must be sincere with ourselves; some of us are only being patriotic but not proud to be Nigerians, as at today, because the criminals (by whatever names they are known), causing insecurity in Nigeria, are being encouraged and emboldened by their ‘successes’.

These ‘successes’ are enabled by the seeming incapability of government and its branches meant to arrest this kind of nuisance. It is as if the insurgency in the northeast is a done deal for the insurgents.

Similarly, bandits and other criminals are overwhelming north-central and northwest of the country. Criminals have challenged the Nigerian State and are fearlessly in locomotion north-southward! For instance, criminals recently took over the Kaduna–Abuja highway that some people now only fly or board trains to travel from one of the locations to the other.

Reports exist that these trains, sometimes with government functionaries on board, are escorted by security guards in a helicopter! Kidnappings, for ransom, are gradually becoming part of our everyday life in this country. To worsen things, kidnappers now kill their captives at will. Human life is cheap in Nigeria so it does not mean much to criminals.

In these criminals’ confident and seemingly uninhibited movement southwards, all the States along their route such as Benue, Kaduna, Niger, and Plateau, just to mention a few, are now at their mercy. The governors of these States, with millions of Naira as ‘security vote’ (whatever that means) in their kitty, are consistently baselessly lamenting and expressing exasperation concerning the level of insecurity in the various domains they are supposed to superintend over.

As it is now – based on the warped 1999 Constitution (as amended) – these governors only superintend over States on paper in terms of controlling the security architecture! They are merely referred to as the Chief Security Officers of their States only on paper!

In reality, they are more like pawns, to Nigeria’s Federal Government, incapable of instructing their States’ Commissioners of Police. Most instructions, on security in all the States, must come and/or be approved from the Federal Capital Territory (FCT), Abuja.

An example, among others, is the lamentations from Niger State Governor Abubakar Sani Bello concerning this anomalous security arrangement, when he granted an interview at a camp for internally displaced people, in that State, where he confirmed that bandits and insurgents had taken over some towns in the State, hoisted their flags there and forcefully took people’s wives!

This, according to the governor, happened in Niger State and not in Sambisa Forest! These locations within Niger State are about two hours, by road, to the FCT!

Hardly can one do a journey of twenty kilometres, by road, (many of which are dilapidated and still dilapidating), in any part of the country without one’s heart in one’s mouth for fear of the possibility of being attacked by criminals, major ones being kidnappers. It seems armed robbery has been upgraded to the flourishing business of kidnapping in Nigeria.

This ‘business’ is blooming and criminal gangs are, on daily basis, getting more audacious. As this article was being written, news broke that Clifford Ordia – a Nigerian Senator – was separately attacked twice (same day) by suspected armed bandits along Okene–Lokoja and Lokoja–Abaji roads, escaping death by the whiskers with three policemen in his security escort sustaining gun-shot wounds. If this can happen to a ‘big-man’ with a retinue of security escort, one can imagine the fate of the ‘common man’. In fact, those of us that still ply these roads are just being unfortunately unfortunate not to have affordable safer alternatives.

As these criminalities were/are happening in the northern part of the country and progressively moving southwards, the eastern, south-southern and south-western geo-political zones of the country are experiencing their various security challenges.

There are really no safe havens anymore in this country. It is noteworthy that the security challenges being experienced did not start today. They are well rooted in past mismanagement that correlates with bad governance that is still synonymous with the styles of the current inept governments.

We are wondering how the people in government sleep with all the insecurity challenges across the length and breadth of the country. Do they really love the country?

Do they know that any government that cannot ensure the security of the citizens it superintends over has lost its legitimacy?

Do they know that many indicators of a failing and/or failed State are already manifesting in this country?

We asked these questions with all sense of responsibility and patriotism to Nigeria. The knee-jerk responses, by governments and their security agencies, to security lapses in Nigeria have not, and will not, provide the eagerly needed sustainable solutions.

Certainly, there is a wide disconnection between governments and the governed. Thus, governments, particularly Federal Government of Nigeria, should connect with the citizens in all parts of the country to earn their trust.

A situation where Nigerians refuse to give vital intelligent information to security outfits but easily hand such over to enemies of Nigeria should give a serious government a lot of food for thought.

Those in government should stop pretending not to know that people are disenchanted with the way the country had been, and is still being, managed.

The warped 1999 Nigerian constitution was not written by ‘the people’. The different nationalities – within Nigeria – are restive partly because they want to be equal stakeholders in the ‘Project Nigeria’. The youths, whose future has been stolen, want to express themselves. In summary, many Nigerians (within and without) feel alienated. Hence, we need sincere roundtable talks to find solution(s) to these insecurity challenges.