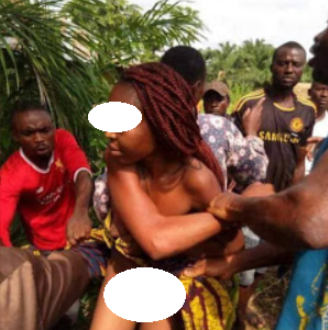 Infidelity: Married Woman Paraded Naked After Being Caught Pants Down With Married Lover In Enugu (Pictures)

A married woman was allegedly caught having sex with her ex, who is also a married man, and they were stripped and humiliated in their community in Enugu.

According to reports, the married man left his village and journeyed to Amokwe to meet with his ex who is now a married woman. But neighbours alerted the woman’s husband and the couple were caught having sex in the woman’s matrimonial home. 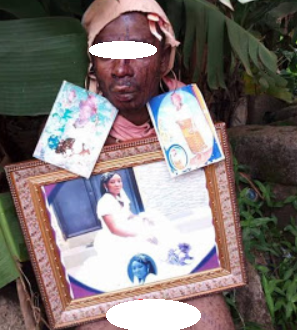 The infidelity angered the woman’s husband who then tried to cut off his rival’s penis but was held back by locals.

The woman and her lover were then stripped, beaten, and paraded by community leaders who said this is the first time such an abomination will be happening in the community.

The married man was also made to walk about with wedding photos of his married lover hanging from his neck. 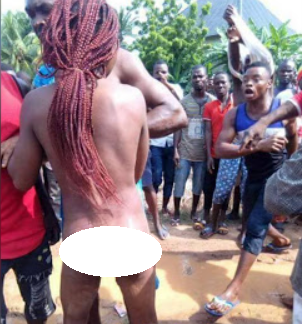 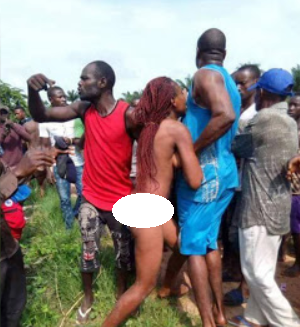 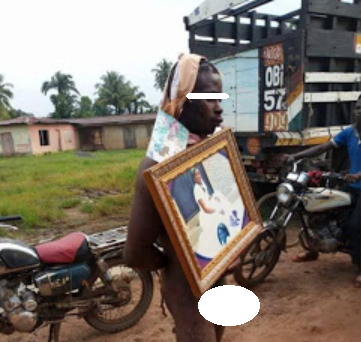