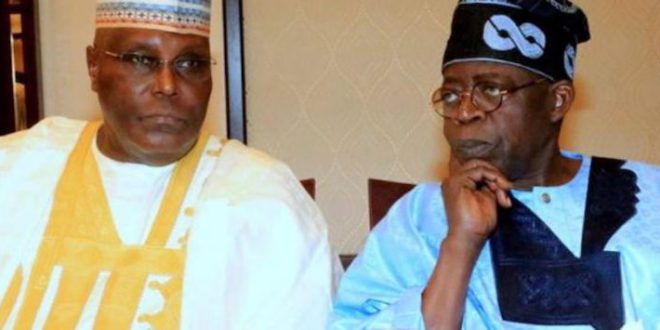 The Independent National Electoral Commission (INEC) has asked the presidential and governorship candidates of the 18 registered political parties to pick and submit the lists of their running mates in the next eight days.

INEC Chairman, Prof. Mahmood Yakubu, said this on Thursday in Abuja at a meeting with the Resident Electoral Commissioners (RECs).

According to him, while the conventions and primaries of candidates by political parties for the 2023 general elections end on Thursday, the nomination of the candidates and their running mates commenced on Friday and ends a week later.

“For the next one week from tomorrow, 10th June, all political parties are required to submit their list of candidates for national elections (presidential/vice presidential, senatorial and house of representatives) latest by Friday, 17th June.

“For state elections (governorship/deputy governorship and state houses of assembly), the list of candidates shall be uploaded from 1st to 15th July as already provided in the Timetable and Schedule of Activities for the 2023 General Election already released by the Commission,” Yakubu said.

He also said that all political parties are required to upload the details of their candidates for each constituency to the INEC Candidate Nomination Portal (ICNP).

The INEC boss said that to achieve this objective, four officials recommended by each of the 18 political parties were trained in the procedure for uploading the nomination forms to the dedicated web portal.

“Confidential Access Codes to the portal have already been given to each Political Party to facilitate the uploading of its nominations.

“For emphasis, the commission wishes to remind Political Parties that only the names of candidates that emerged from democratic primaries as provided by Sec. 84 of the Electoral Act 2022 shall be submitted to the commission,” he said.

“With this innovation, the commission has eliminated the physical interface between party officials and INEC staff for the purpose of submitting the list of candidates for the 2023 general election.”

Yakubu said that a nomination centre has been set up at the commission’s headquarters to receive and process all nominations by political parties, including dedicated telephone lines to serve as help desk for any party that may need assistance.

Journalists later visited the nomination centre, where the INEC boss said that each of the 18 registered political parties were expected to submit 1,520 nominees or 27,360 total for all the parties.