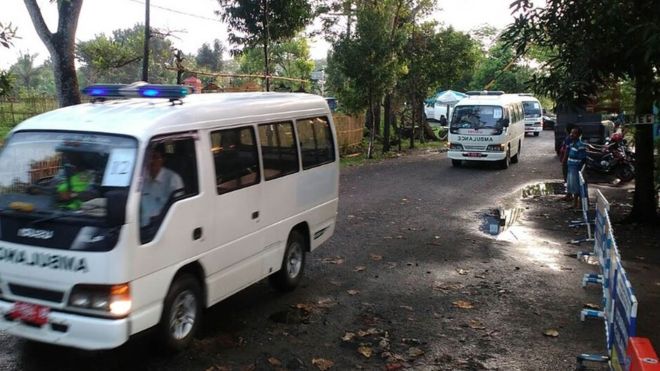 Ambulances, some of them carrying coffins, arrived at Nusakambangan prison island earlier in the day

Indonesia has executed some of the 14 people on death row for drugs crimes, Indonesian media say.

The government has not confirmed which of the prisoners have been put to death – however, an official quoted by the AFP news agency said they were three Nigerians and an Indonesian.

They were executed by firing squad shortly after midnight local time.

This, the third round of executions under President Joko Widodo, took place at Nusakambangan prison island.

“[The execution] was at 00:45,” an unnamed source was as quoted by Indonesia’s Antara news agency.

Charles Igbinidu is a Public Relations practitioner in Lagos, Nigeria
@https://twitter.com/ionigeria
Previous I did not embezzle Rivers money – Amaechi
Next We have blocked escape routes of pipeline vandals in Lagos – Navy