Home / Life and Style / In protest against the Queen and Royals, activists  cover Buckingham Palace fountain in BLOOD In protest against the Queen and Royals, activists  cover Buckingham Palace fountain in BLOOD

Activists linked to Extinction Rebellion have covered a Buckingham Palace fountain in fake blood in a protest against the Queen and the royal family.

According to The Sun, Shameless eco-warriors clutching signs reading ‘royal bloodbath’ defaced the Queen Victoria Memorial fountain on the fourth day of their fortnight-long “Impossible Rebellion”.

The group claimed the royals were stopping “justice and compassion” by condoning farming and hunting on their land.

Spokesman Harley McDonald-Eckersall said: “The Crown Estate is the biggest landowner in the UK and they choose to use this land for animal agriculture and hunting, which not only decimate our environment but cause the deaths of millions of lives every year.

“It’s time for a new system based on justice and compassion and the royal family should be leading the way.”

Cops were seen wading into the ankle-deep water to arrest several demonstrators today.

Met Police said in a statement: “A number of activists have vandalised the Victoria Memorial water feature outside Buckingham Palace. We are on scene and arrests have been made.

“The suspects are being taken to custody.”

Police have predicted the protests will cause “cause significant disruption to London” and will pull cops away from tackling bloody crime in the capital. 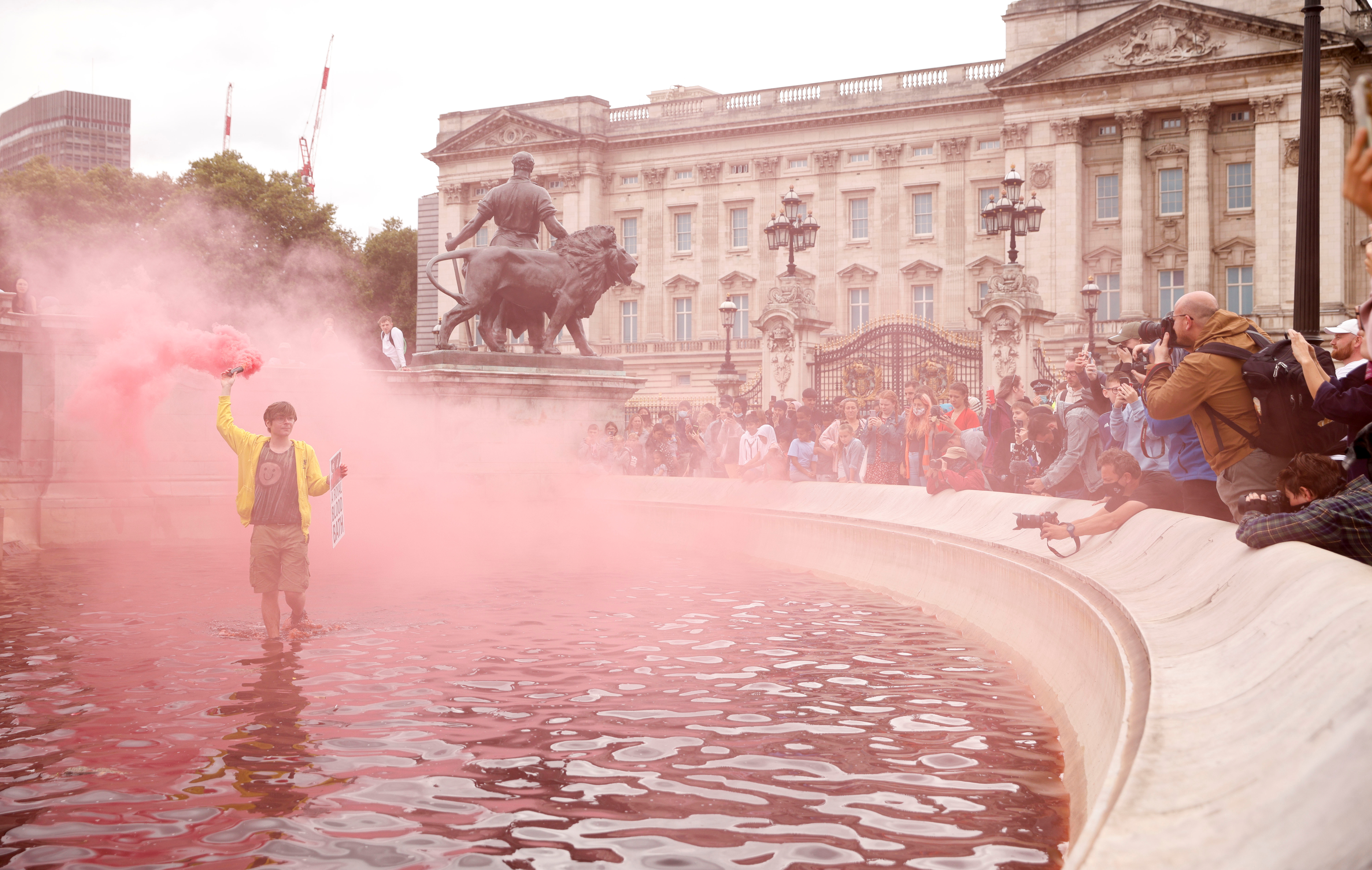 It was last week revealed that protesters have so far cost taxpayers more than £50 million after rioters blocked roads in London and smashed windows across the capital.

Yesterday, demonstrators blocked off Oxford Circus – with some seen being hauled away by officers and carried into nearby vans as other group members cheered.

Now demonstrators are demanding the government stop investing in fossil fuels as part of their “beautiful, creative rebellion”.
Share Spread the love Alexis Brett, who lives in the Scottish Highlands, had ten boys before …