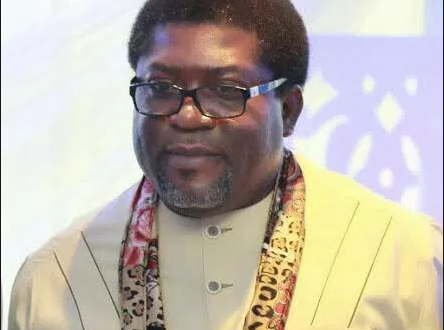 Members of the Imo State House of Assembly on Monday evening removed the Deputy Governor of the state, Eze Madumere, from office for alleged misconduct.

Madumere’s removal by the lawmakers came few hours after an Imo State High Court in Owerri, the state capital, gave an order, halting further steps in the impeachment proceedings against the deputy governor.

The embattled deputy governor recently fell out with his principal, Governor Rochas Okorocha.

The deputy governor, who nursed the ambition of becoming a governor in 2019, was said to have opposed Okorocha’s endorsement of his Chief of Staff and son-in-law, Uche Nwosu, as a possible successor.

Shortly after he was removed from office on Monday, Okorocha announced the Head of Service in the state, Calistus Ekenze, as the new deputy governor.

It was learnt that the motion for Madumere’s removal from office was moved on the floor of the House by the Majority Leader, Lugard Osuji, who represents Owerri Municipal.

Besides Osuji and Onyewuchi, 19 other lawmakers present during the proceedings supported the motion to remove Madumere.

The state House of Assembly said it found the deputy governor guilty of all the allegations of misconduct levelled against him.

In an interview with one of our correspondents on Monday evening, the Majority Leader denied that the lawmakers received N5m each to remove the deputy governor.

“There was no financial or material inducement, to the best of my knowledge. We only carried out our constitutional responsibility. It is an insult to say that lawmakers were given N5m to impeach the deputy governor,” he said.

Osuji also confirmed that the House had received a letter from the governor nominating the Head of Service, Ekenze, as Madumere’s replacement.