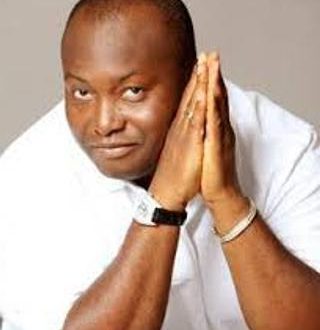 There have been conflicting rulings on whether  the Department of State Services should release the  Managing Director of Capital Oil and Gas Limited, Ifeanyi Ubah  detained since 5 May.

Two Federal courts, in Lagos and Abuja gave different rulings, with the Abuja court asking the DSS to detain Ubah over the theft of N11billion petrol kept by the NNPC in his tank farm in Lagos.

In Lagos, Justice Mohammed Idris gave the DSS a 48 hour ultimatum to either free the businessman or charge him to court.

Idris handed out the ultimatum while delivering judgment in the fundamental rights suit filed by Ubah challenging his incarceration by the DSS and  urging the court to order his release.

The businessman had filed a similar case in Abuja, following a ruling on 10 May giving the DSS the right to detain him as it investigates the theft of NNPC oil.

Justice Yusuf Halilu  dismissed  Ubah’s application praying the court to set aside its earlier order. But the judge sustained its position and further admitted the ex-parte application by DSS asking the court to allow it to keep Ubah until it finishes its investigation.

“Nobody will stop the DSS from doing its work; the court has no power to grant such order by Ubah to release him conditionally or unconditionally.

“The DSS must always know that the rule of law thrive in this country, Ubah’s order was obtained lawfully but is hereby dismissed,’’ Halilu said.

In Lagos, Idris declared   that Ubah’s detention without charge violated his rights and castigated the DSS for lying on oath in a bid to justify Ubah’s illegal detention. The judge also lectured the DSS on the need to respect the human rights of citizens.

DSS had arrested Ubah over alleged “economic sabotage” and “illegal sale of petroleum products stored in his tank farm by the NNPC”.

Justice Idris held that Section 41 of the Constitution and Article 12 of the African Charter guarantees to every Nigerian the right to move freely.

He warned that there would be dire consequences if the government continues to violate human rights.

“In place of widespread culture of impunity, there is need to build a culture of accountability and respect for the rule of law and the Constitution.

“Such culture must be built on the conviction on the part of the leadership of this country, including the judiciary, that democracy cannot be successful if respect for the constitution and human rights is shaky.

“Democracy cannot be successful if the government remains ambivalent about the rule of law and if governmental authorities and powerful individuals are perceived to be above the law.

“In a constitutional democracy as ours, no one, no institution, no agent or agency of government shall be above the law.

“The institutional and procedural bottlenecks to legal enforcement of human rights can create despair in large segments of the population about realising their rights.

“Individuals or groups may then seek alternative means of actualising their rights. Arms struggles and other extra-legal means of resistance often result from the absence of effective legal remedies.

“A democracy must have practical means of securing accountability for human rights violations. We must as a nation ensure that human rights are protected and enforced in real time.

“In the entire circumstances of this case, I hold that the applicants have established the case against the fourth and fifth being the DG of SSS and DSS for the violation of their rights as guaranteed under the constitution.

“Consequently, the following orders are hereby made: An order is hereby made directing the Director-General of DSS and the DSS to, within 48 hours of this judgement of the court in this action, initiate or institute a criminal action against the applicants herein before any court of competent jurisdiction if they have committed any crime against the state.

“An order is hereby made directing the DG of SSS and the DSS to release the first applicant from detention unconditionally if no criminal action is instituted against him within 48 hours of this judgment.

Justice Idris had earlier dismissed DSS’ and NNPC’s preliminary objections, challenging the jurisdiction of the court.