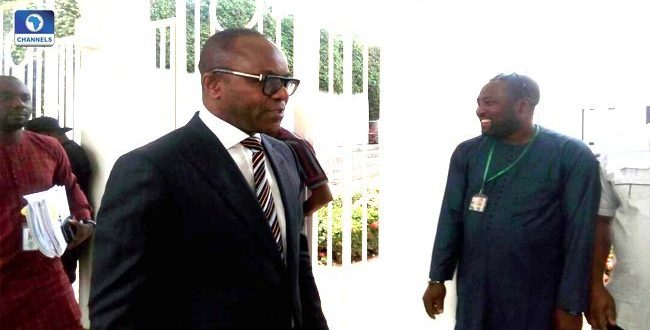 The Minister of State for Petroleum, Ibe Kachikwu, on Friday, met with President Muhammadu Buhari, behind closed doors in the Presidential Villa, Abuja.

Kachikwu, who updated the president on the activities of the petroleum ministry, declined comment after two hours of meeting with the president.

The minister had, in a memo leaked to the media, on Tuesday, informed Buhari that the Group Managing Director of Nigerian National Petroleum Corporation, Mr Maikanti Baru, was disrespectful to him.

He also allegedly accused the GMD of awarding contracts worth over 25 billion dollars without approval of the board of the corporation.

The Senate on Tuesday inaugurated a seven-member ad hoc committee, headed by Sen., Aliyu Wammako, to investigate the allegations against the GMD by the minister.

The Senate also directed that the investigation be extended to allegations of series of “shady deals’’ in another NNPC subsidiary, the NNPC Trading Company.

Sen. Shehu Sani, representing Kaduna Central Senatorial District of Kaduna State, had advised the Buhari administration to handle the allegations against the NNPC GMD by the minister with “all seriousness it deserves’’

According to Sani, the administration has much to lose if no serious action is taken in response to the memo sent to the president by the minister.