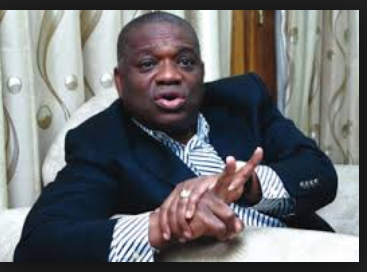 The former governor of Abia State, Orji Uzor Kalu, says he has no plans to defect from the All Progressives Congress (APC) to the Peoples Democratic Party (PDP).

His media aide, Kunle Oyewumi, on Tuesday described the reports on some online platforms about planned defection as mischievous, falsehood and the handiwork of political jobbers and speculators.

Kalu said the APC of which he is not only a member, but a strong activist, “remains the only political party to salvage Nigeria from the atrocities of the previous administrations.’’ The former Abia governor, while emphasising that he can never rejoin the PDP, called on those spreading fake news to look for other means of survival as against cheap political blackmail and character assassination.

He maintained that in view of the achievements of the President Muhammadu Buhari’s administration, the APC is waxing stronger in the South-East and other parts of the country. The former governor said he remained not only a prominent member of the APC, but a committed supporter of Mr Buhari, with no apologies to anyone.

“My attention has been drawn to a news report in some online media that I am set to dump the APC for the PDP. The malicious report is not only laughable but mischievous. This is another attempt by enemies of progress to cause disaffection and confusion in the APC.

I remain a solid and committed member of the APC. Those behind the falsehood should seek attention from legitimate pursuits. I am not bothered and will not lose sleep over the activities of political jobbers.

It is no longer news that I will be vying for a seat in the Senate (Abia North) under the APC in 2019.‎ I will rather quit politics than to return to the PDP because the APC is the only political party that will take Nigeria to enviable heights,’’ he stressed.