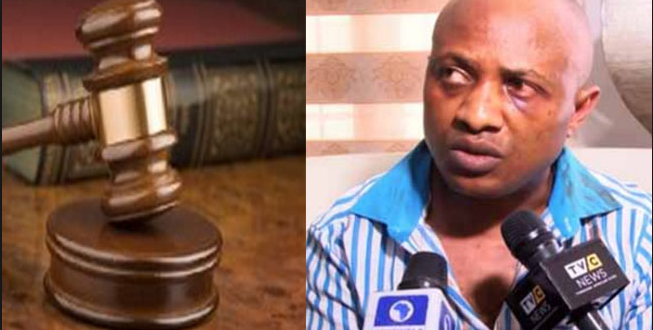 The manager of Maydon Pharmaceutical company, Uchenna Okeagwu, on Friday, while testifying before the Lagos State High Court in Ikeja, revealed that he paid he notorious kidnap kingpin, Chukwudumeme Onwuamadike, alias Evans, 223,000 euros (N96Million) for the ransom of his boss, Donatus Duru.

Okeagwu is the third prosecution witness to testify against Evans.

Okeagwu, in his evidence, narrated how he took the money from  Duru’s brother’s house to Evans and his accomplices.

While being led in evidence by the Director of Public Prosecution, Titilayo Shitta-Bey, Okeagwu said, “I am a manager at Maydon pharmaceutical company and have been working with them for over seven years. After we heard of the kidnap of Duru, we waited to hear from the kidnappers so we will know what to do to rescue him.

“As the manager of the Idumota branch, we worked towards raising money for the kidnappers when they asked for ransom. After about two months, I was called by Anselm Duru, Donatus brother to come and deliver the money to the kidnappers that they have raised 223,000 Euros.

“After counting the money, we put it in a polythene bag and wrapped it very well with sellotape and I went with the money. Anselm gave me his telephone that they would use it to direct me to where I would take the ransom to.

“I started receiving calls with the phone from the kidnappers saying I should make no mistakes that if I do, I would be shot. I was asked if I know the way towards mile 2 and I said yes, I went with the money inside the vehicle, putting the money under the passengers’ seat in the front and I moved out of the compound towards mile 2.

Earlier, Ogungbeje had told the court that he would refrain from further cross-examining the 2nd witness, Donatus Duru, who was the victim of the kidnap, noted that the witness was refusing to answer his questions but prefer to give answers to questions he had formulated in his mind.