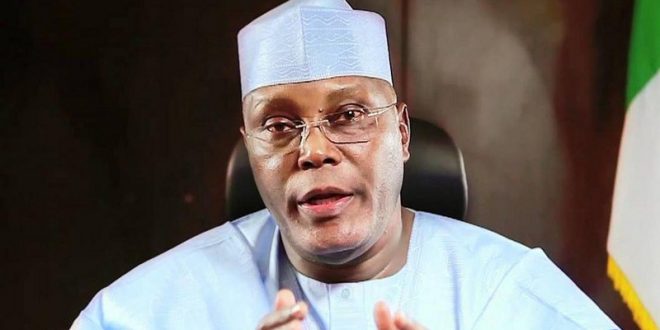 The Presidential candidate of the Peoples Democratic Party, Atiku Abubakar, has said he will sell the Nigerian National Petroleum Corporation and retain just 10 per cent of the company for the Federal Government.

Atiku said this in an interview with ‘The African Report’, a monthly publication.

The former Vice-President, who presided over the National Council on Privatisation during his time, said the NNPC was supposed to have become more profitable by now.

On whether he would sell  the NNPC and keep 10 per cent shares for the government, he said, “Yes, I would want to go ahead. There is no doubt about that. The government should have a very minor shareholding. Nigeria is in dire need of funds to develop its infrastructure and other sectors of the economy.”

The PDP Presidential candidate said Nigeria ought to have been producing far more than two million barrels of oil per day.

Speaking further on the privatisation of the national oil company, he said, “Without a stable regulatory framework, the oil and gas companies will find it difficult to invest more in Nigeria.