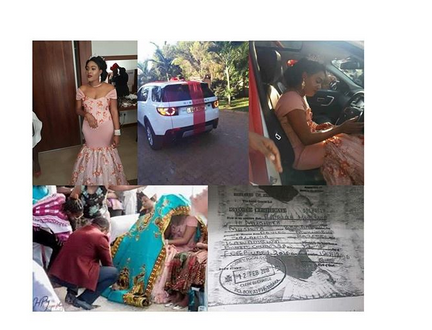 The marriage of a Zambian teacher, Patricia Mwelwa, has hit the rocks, a year after her highly publicized wedding that caught many people’s attention after her then husband to be, surprised her with a brand new Range Rover.


A divorce certificate dated 12th February 2018, has been issued and delivered to her. Davies Mukumbwa had left his wife and threw a big kitchen party for his girlfriend, Patricia Mwelwa.

A few months later, the couple headed to the Lusaka Local Court where a divorce was granted and Davies ordered to pay her K12,000 in monthly installment as compensation and alimony.