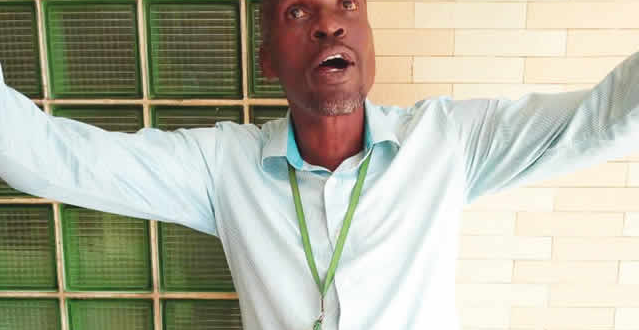 57-year-old Jide Odusanya, a former inmate of the Kirikiri Prison, has advised people to control their tempers, saying anger landed him in prison.

Odusanya, who spent 26 years in three different prisons in the country before he was pardoned by the Lagos State Government, said a fight over water spillage destroyed his dream of becoming a bank manager.

He spoke on Tuesday at a conference organised by the Prison and Hospital Ministry of RCCG. Odusanya said his ordeal started in June 1991 when he fought a mechanic in the Ebute-Meta, where he lived with his parents.

He said, “The mechanic usually came to fetch water in our house and I told him to always lock the tap when he was done. But that day, he asked why I would talk to him in such a manner. He pushed me.

I was angry and slapped him, which started a fight. The younger brother of one of my friends came to visit me that period. Instead of separating the fight, the boy took a wood and smashed it on the mechanic’s head.

We were arrested and detained at the Iponri Police Station for causing grievous bodily harm. The injured mechanic’s uncle, who was an army officer, said he was interested in the case. It was during the military regime.”

Odusanya said at the SCIID, the police changed the case to armed robbery after the Investigating Police Officer visited his house and found a knife which he used to cut loaves of bread.

He noted that he and the co-accused were arraigned for armed robbery and were remanded in the Ikoyi Prison, where they spent 7 years without trial.

“I was later taken to a court at Igbosere where I was sentenced to death based on the knife evidence. I was on death row for 3 years before Tinubu converted it to life imprisonment on December 31, 2001.

16 years later, I was considered for pardon by the government and was released in June 2017,” he added.

He said upon his release, he met his nurse fiancée, adding that she was already married with 5 kids. He noted that his parents died while he was in prison.