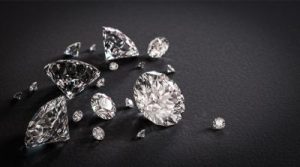 A 30-year-old housemaid, Saidat Alake Rahmon, was Thursday arraigned before an Ogba Magistrates’ Court for allegedly stealing a set of gold jewelry, iphone and other valuables belonging to her boss in Illupeju area of Lagos State.

The accused is facing a lone count charge of theft.

According to court documents, Ogundele confronted Rahmon about the whereabouts of her belongings but the later denied knowing anything about the stolen items. The boss was said to have alerted the police at Illupeju Division leading to the defendant’s arrest.

The prosecutor, Insp. Raphael Donny told the court that the accused committed the crime between December 2017 and February 2018. He said the offence was punishable under Section 287(d) of the Criminal Laws of Lagos State, 2015.

The defendant however, pleaded not guilty to the charge preferred against her.

Adeola Adedayo, the presiding magistrate ordered that the defendant remain in police custody till the next adjourned date. The case was adjourned till May 2, 2018.