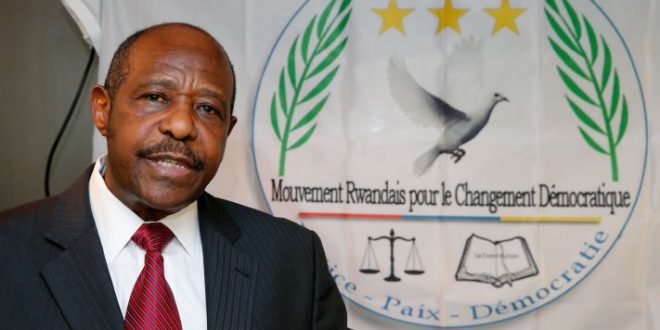 Paul Rusesabagina, whose actions during the genocide inspired the Oscar-nominated film “Hotel Rwanda”, was charged Monday with terrorism and other serious crimes in his first court appearance in Kigali.

Rwandan investigators announced last month the surprise arrest of Rusesabagina, a high-profile government critic who had been living abroad for years, to stand trial in his homeland for allegedly creating and sponsoring armed militias.

There was a heavy police presence as Rusesabagina, who is credited with saving more than 1,200 Rwandans during the genocide by sheltering them in a hotel, arrived at a courthouse in the capital flanked by his lawyers.

The presiding judge read out 12 charges against Rusesabagina including terrorism, financing and founding militant groups, murder and arson.

The defendant, wearing a face mask, a chequered blazer and khaki trousers, did not address the court but spoke only to his lawyers, who rejected the charges against their client.

“The charges against my client are not consistent. He should not be accused of crimes committed by other parties even if he had entered partnership with them,” his lawyer, David Rugaza, told Kagarama Primary Court.

“It is on this ground that he should immediately be released provisionally.”

Rusesabagina is the leader of an opposition group, the Rwandan Movement for Democratic Change (MRCD), which is said to have an armed wing called the National Liberation Front (FLN).

His family say the charges against him are politically motivated, and allege he was kidnapped while in Dubai for meetings and brought to Rwanda against his will.

The Rwanda Investigation Bureau has said international cooperation was involved in detaining Rusesabagina — who has lived abroad since 1996 and holds both Belgian citizenship and a US Green Card — but refuses to disclose further details.

Human Rights Watch said last week that Rusesabagina, who was portrayed by American actor Don Cheadle in the 2004 film, was a victim of enforced disappearance.

President Paul Kagame has denied he was kidnapped and suggested he was deceived into returning to the country.

After the genocide, Rusesabagina — a Hutu — became increasingly critical of Kagame’s Tutsi-dominated government, accusing his ruling party of authoritarianism and anti-Hutu sentiment.

In the years since the release of “Hotel Rwanda”, some survivors of the slaughter that left 800,000 people dead have questioned Rusesabagina’s heroics and accused him of profiting off their misery.