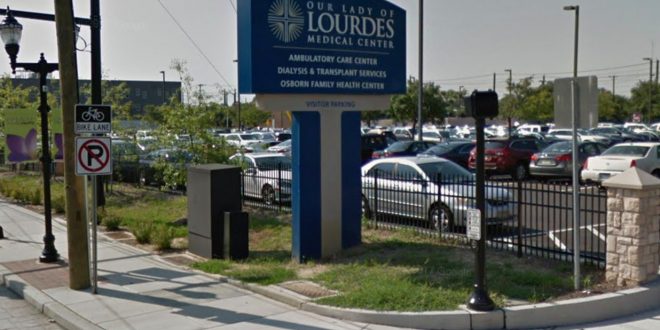 Virtua Our Lady of Lourdes Hospital in Camden, NJ

A New Jersey hospital admitted this week that its doctors transplanted a kidney into the wrong patient — because the person had the same name as the rightful recipient.

The mix-up happened at the 325-bed Virtua Our Lady of Lourdes Hospital in Camden.

Officials said a 51-year-old patient on a kidney transplant list was successfully given a new organ on Nov. 18 – but the next day it was discovered that the organ went to the wrong person because, “unusually, the individual who should have received the organ has the same name and is of similar age.”

The hospital said the blunder was reported to the Organ Procurement and Transplantation Network and state health officials who investigated the incident.

“All safety measures were validated and additional checks were put into place before any subsequent transplant procedures occurred,” the hospital said.

Both patients involved were notified of the error, said the hospital, adding that the person who was initially transplanted “was a match and is doing well.”

Hospital officials said that the patient who should have received the kidney based on priority order underwent a successful transplant on Nov. 24 “and is also doing well.”

“We have a profound responsibility to people who literally place their lives in our hands. Mistakes of this magnitude are rare, and despite the unusual circumstances of similar patient identities, additional verification would have prevented this error,” Reginald Blaber, Virtua’s executive vice president and chief clinical officer, said in a statement.

Blaber called the mistake “an unprecedented event in our respected 40-plus-year transplant program.”

“As an organization committed to safety and process, we immediately instituted additional measures and educational reinforcement to help ensure this does not happen again,” said Blaber. “Recognizing the human component of medicine, we know that taking accountability and talking about issues openly and honestly is how we learn and improve.”

Charles Igbinidu is a Public Relations practitioner in Lagos, Nigeria
@https://twitter.com/ionigeria
Previous Patient raped in hospital bed by nurse who was meant to be looking after her
Next How fraudster made over N360 million from Kirikiri prison in international scam